ContinueLearn More X
X
Advertise with us
Rohit 13 May 2015 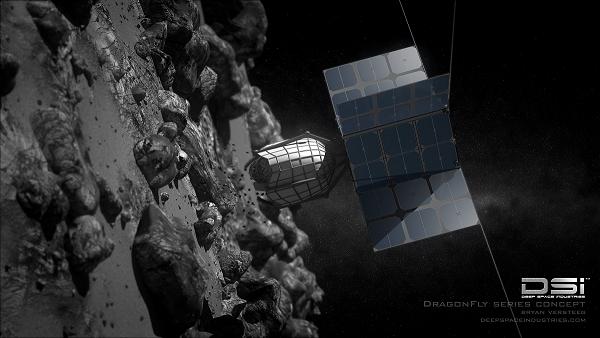 The scope of work under the first contract covers developing asteroid regolith simulants for terrestrial testing of technologies that will help excavate and process asteroid soil.

As part of the second contract, DSI will explore ways to produce propellant from asteroids material.

DSI chair Rick Tumlinson said: "These projects, along with our commercial contracts, strike the perfect balance and show that DSI is multi-dimensional in approaching our mission to harvest and utilise space resources."

The research into propellants will be backed by a NASA innovative advanced concepts (NIAC) grant called ‘In-Space Manufacture of Storable Propellants.’

Carbonaceous chondrite asteroids host up to 30% water and other volatiles, while dormant comets contain around 75% volatiles.

Under the NIAC award, DSI will explore the possibility of creating room-temperature fuels, such as methane, by combining hydrogen from water with carbon available on asteroids, which would help in deep space missions.

DSI CEO Daniel Faber said: "The ability to produce long-life propellants from near Earth asteroids will enable expanded robotic and human exploration of the solar system.

"Delivering propellants to high Earth orbit from the ground now costs $20 million to $30 million per tonne, while asteroid-derived fuel, delivered to high Earth orbit, may cost as little as one tenth of current prices, making long-term space missions more practical and affordable."

"The ability to produce long-life propellants from near Earth asteroids will enable expanded robotic and human exploration of the solar system."

DSI and the University of Central Florida will collaborate to design, prototype and test various asteroid stimulants, to validate asteroid ISRU processes.

DSI chief scientist and SBIR principal investigator Dr John Lewis said: "Simulants are needed in order to adequately test equipment and processes prior to launch to an actual asteroid.

"The simulant may need to adequately reproduce the physical characteristics of an asteroid to validate sampling techniques, anchoring methods, or to test hazards such as dust production."

The first phase of the SBIR is planned to be completed by the end of the year, while the NIAC project by early 2016.