X
Advertise with us
Mrinmoyee 30 November 2015 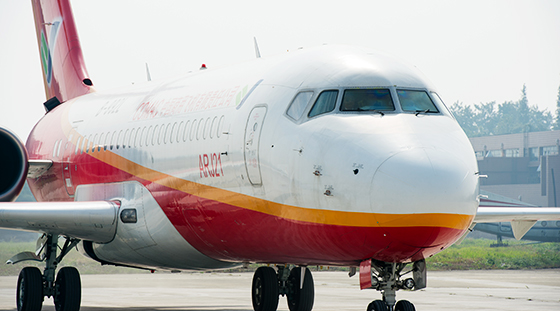 The plane made its first flight in 2008 after undergoing several tests for six years.

The twin-engine jet is expected to compete with Airbus 320 and Boeing 737.

The aircraft has a seating capacity of 90 passengers and covers a distance of 2,220km. Chengdu Airlines, a low-cost domestic carrier, expects to deploy the plane on seven domestic routes, followed by other routes in southeast Asian countries.

"The twin-engine jet is expected to compete with Airbus 320 and Boeing 737."

COMAC has currently received more than 300 orders for the aircraft from 19 airlines. The Republic of Congo placed an order of three ARJ21 to Chengdu Airlines.

Chengdu Airlines expects to take delivery of five more ARJ21 jets by 2016 and the carrier’s ARJ21 fleet will grow by up to 30 in the next couple of years.

Image: ARJ21 aircraft flies into campus for the first time on 10 October 2015. Photo: courtesy of Commercial Aircraft Corporation of China.