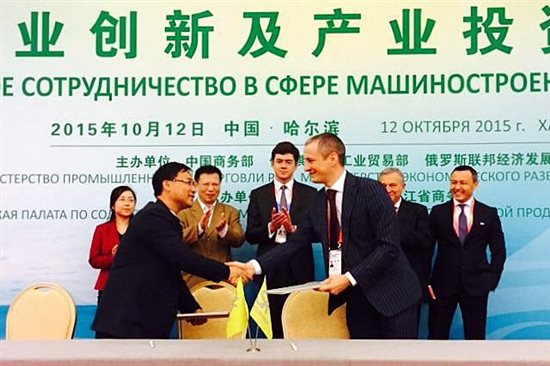 Chinese investment fund Cybernaut will provide $70m to Russian space technology company Dauria Aerospace to develop a constellation of 10 satellites for daily imaging of the 100 biggest cities in the world.

Both the companies signed a deal at the second Chinese-Russian expo in Harbin, China to form a joint venture for the project and the JV will be named as UrbanObserver. The joint collaboration is aimed at producing images with an accuracy of 0.7 metres per pixel.

The satellites will be able to monitor city functions and industrial, mining and transport infrastructures.

Dauria Aerospace Ceo and co-founder Sergey Ivanov said: "Our company is the pioneer of private aerospace in Russia and is strategically aimed at expansion into the new market niche of space technology application.

"At the moment, there are no solutions that provide monitoring with an exceptional shooting frequency of all aspects of the city’s functions, including industrial, mining, and transport infrastructure.

"UrbanObserver can become a key element for the development of Chinese-Russian infrastructure projects."

"UrbanObserver can become a key element for the development of Chinese-Russian infrastructure projects."

Last April, Russia’s Skolkovo Foundation has entered into a deal with China’s Cybernaut investment group to create a new 1,500m² research and development business incubator, robotics centre and $200m venture fund and the latest deal was the first collaboration under the deal.

The deal also aims to provide new Russian companies, mainly those in Skolkovo who are specialised in IT, robotics, and space and telecommunication technologies, access to the Chinese market.

At present, VEB Innovations and Skolkovo foundation are involved in developing a high-resolution micro-satellite named Auriga satellite, a prototype for the satellites that will form the UrbanObserver constellation.

Auriga is scheduled to launch in 2017.