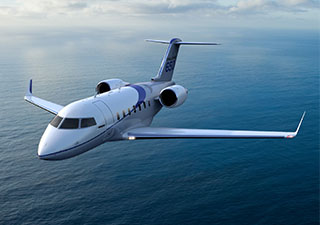 Bombardier has unveiled its Challenger 650 aircraft, the latest addition to its business jets portfolio.

The Challenger 650 is launched in partnership NetJets at the National Business Aviation Conference and Exhibition in Orlando, Florida.

Bombardier Business Aircraft president Éric Martel said: "The Challenger 650 jet enhances our leading business aircraft portfolio, the largest within the industry and will establish new standards in its segment.

"This aircraft will provide our customers with the ultimate in-flight experience, a superior baseline offering and the lowest direct operating costs in its class."

"The Challenger 650 incorporates customised cabinetry, seating, next-generation in-flight entertainment and lighting and will have a range of 7,408km."

NetJets is the launch customer for the Challenger 650, and has placed an order for 25 aircraft in June 2012 with options for 50 additional aircraft.

The company is expected to receive the aircraft from 2015.

NetJets global asset management senior vice-president Chuck Suma said: "This new aircraft, with its enhanced performance capabilities, cutting-edge interior design and the lowest direct operating costs in its class, will be a great addition to our fleet."

Powered by GE engines, the Challenger 650 incorporates customised cabinetry, seating, next-generation in-flight entertainment and lighting and will have a range of 7,408km.