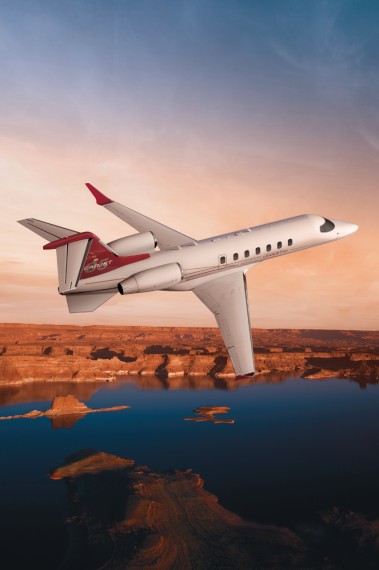 Bombardier has put its Learjet 85 business aircraft development programme on hold, placing 1,000 jobs at risk in Mexico and the US.

The company’s plan to suspend the programme is in response to a weak demand for the Learjet business jet.

Consequently, Bombardier will record a pre-tax special charge of around $1.4bn related to impairment of the Learjet 85 development costs in the fourth quarter of 2014.

Bombardier president and CEO Pierre Beaudoin said: "Given the weakness of the market, we made the difficult decision to pause the Learjet 85 programme at this time.

"We will focus our resources on our two other clean-sheet aircraft programmes under development, CSeries and Global 7000/8000, for which we see tremendous market potential."

"Given the weakness of the market, we made the difficult decision to pause the Learjet 85 programme at this time."

Bombardier’s Wichita facility manages final assembly for the Learjet 70 and Learjet 75 aircraft, and features a flight test centre and a service centre.

The Querétaro plant produces components for the Global 7000/8000 aircraft.

Bombardier Aerospace’s earnings before financing expenses, financing income and income taxes are expected to be 4% of the unit’s revenues in 2014, compared with a previous guidance of 5%.

The company expects cash-flow from its aerospace operations of around $800m, compared with previous guidance of between $1.2bn and $1.6bn.

The latest news comes at the time when Bombardier is working to put its CSeries aircraft into service this year.

The CSeries is undergoing flight tests, which were halted last year due to a major failure in one of the engines.

Image: Bombardier has suspended the Learjet 85 programme due to a weak demand for the business jet. Photo: courtesy of Bombardier.