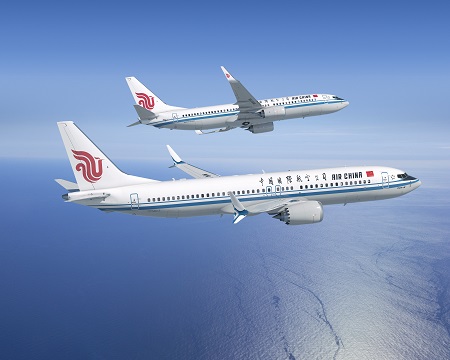 Based on current list prices, the order will be valued at more than $6bn.

Boeing Commercial Airplanes North East Asia sales and marketing vice-president Ihssane Mounir said: "Our long-standing and productive partnership with Air China dates back to the airline’s beginning and we are proud the 737 has been part of their success.

"We are excited to see that the 737 family will play a significant role in Air China’s continued success."

Boeing said that the order will be posted on its orders and deliveries website after it is finalised.

Air China said in a regulatory filing that the airline plans to finance the purchase through cash from its business operations and commercial bank loans.

The carrier expects to receive the new aircraft between 2016 and 2020.

In September, the airline received the first of its seven 747-8 aircraft.

In its China Current Market Outlook report, Boeing estimated that demand for new aeroplanes in China will reach 6,020 over the next 20 years.

Powered by CFM International LEAP-1B engines, the 737 MAX is claimed to offer 14% in fuel-efficiency compared with the Next-Generation 737s and 8% per seat operating cost savings over the A320neo.