Safeskies Australia Conferences Incorporated is a not for profit association which promotes and fosters aviation safety improvements through its bi-annual Safeskies aviation safety conferences. The conference facilitates the exchange of information and ideas between regulators, investigators, governments, civil and military aviation operators, and academia. It is currently allied with the UK based Guild of Air Pilots and Air Navigators (GAPAN) and the Chartered Institute of Logistics and Transport in Australia (CILTA). Between conferences, Safeskies cultivates dialogue between commercial and government sectors on issues and developments bearing on aviation safety.

The Safeskies safety facilitation and promotion task receives recognition and support from all sectors of aviation: airlines and other operators, airports, service providers, the Australian Defence Forces, and government regulators and other instrumentalities.

Safeskies was founded in late 1992 as a sub-committee of the CILTA and incorporated separately in 2001; and held the first Conference in October 1993. The 2009 Safeskies Conference was the ninth conference in the series.

The theme of the 2009 Conference was Managing Aviation Safety in a Changing Environment. Safeskies has focused from time to time on a range of themes, including Setting the Right Aviation Safety Culture; Safety in the Globalised Economy; Learning the Lessons of the Past’; and Making Safety Management Systems Work.

The conference is now well established, and is recognised as a significant Aviation Safety Conference in Australasia and the southern hemisphere.

The Sir Reginald Ansett Memorial Air Transport Lecture, first held at the 1991 Conference is now an established and successful prelude to each Safeskies conference.

Between conferences, Safeskies representatives have been working with the Australian aviation industry and government on pilot training issues.

The Tenth biennial Safeskies Aviation Safety Conference will be held on Wednesday 26 and Thursday 27 October 2011, at the Hyatt Hotel, Canberra, Australia.

The Sir Reginald Ansett Memorial Lecture and Dinner will be held prior to the Conference, on Tuesday evening 25 October at Parliament House, Canberra, Australia. 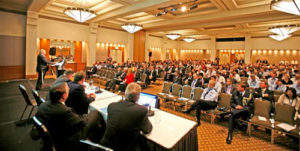 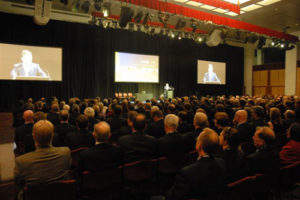