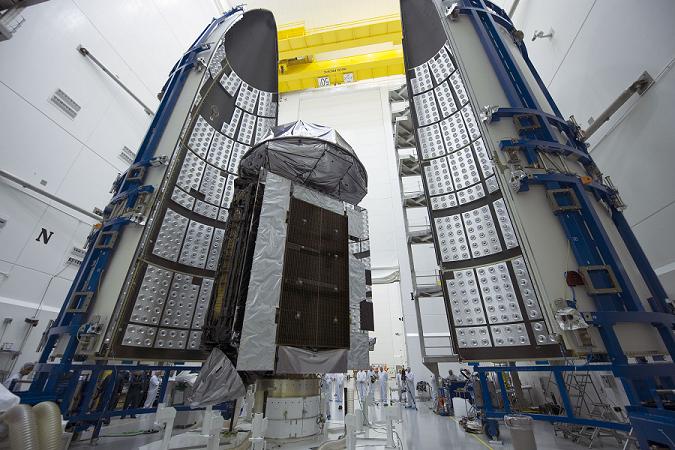 Built by Lockheed Martin, the satellite has been encapsulated in its protective launch vehicle fairing.

Lockheed Martin narrowband communications vice-president Iris Bombelyn said: "Delivery of this fourth satellite for the US Navy completes the initial MUOS constellation and provides near-global coverage for the network.

"For our mobile forces, that means for the first time they will be able to have secure, high-fidelity voice conversations, networked team calls and data exchange, including video, with anyone around the world connected with a MUOS terminal."

MUOS-4 will be part of a fleet of orbiting satellites and relay ground stations designed to offer secure communications for mobile military forces.

"The satellite is said to offer smart phone-like services such as crystal-clear voice, video and mission data."

The satellite is said to offer smart phone-like services such as crystal-clear voice, video and mission data, over a high-speed pnternet protocol-based system.

Earlier this year, the MUOS-4 underwent pre-launch processing and was encapsulated at Astrotech Space Operations, a wholly owned subsidiary of Lockheed Martin.

Using MUOS terminals, the users can communicate beyond line-of-sight worldwide.

The MUOS-1, MUOS-2 and MUOS-3 satellites were launched in 2012, 2013 and in January, respectively. The MUOS ground stations for these satellites have also been completed.

An on-orbit wideband code division multiple access (WCDMA) satellite, the MUOS-5, with additional legacy system capability is planned to be launched in 2016.