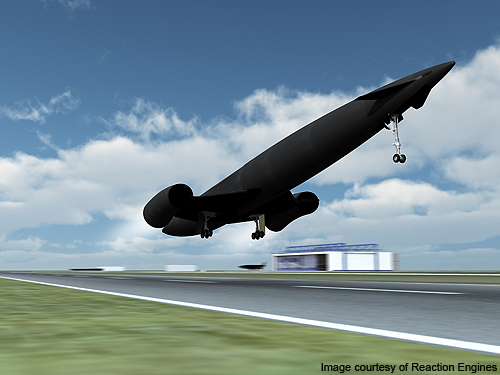 UK is set to fund £60m for the development of a revolutionary new jet-rocket hybrid engine Sabre, which can be used to power an aircraft that can take passengers into low-Earth orbit in just 15 minutes.

The engine is being designed by Oxfordshire-based aerospace firm, Reaction Engines.

The announcement will be made by science minister David Willetts at the 2013 UK Space Conference, which is set to be held at Scottish Exhibition & Conference Centre on 16-17 July.

The event will focus on realising the UK’s ambitions in space, including making a global impact with science and research, contributing to the economic growth of the country by developing new commercial applications and businesses and developing the interactions between these activities.

Reaction Engines founder Alan Bond will receive the £60m funding from the government to build the engine, which is capable of accelerating an aircraft to five times the speed of sound.

The company intends to use the technology to power the 3,500kmph Skylon aircraft, which can fly into space or low-Earth orbit stratosphere in 15 minutes.

Skylon is currently in its early development phase and is being designed to takeoff from a runway before accelerating to speeds of 5,600kmph.

It could also takeoff and land similar to normal aircraft, as well as carry a 15t of cargo into low-Earth orbit.

Unlike current single-use space launchers, the aircraft is reusable and could manoeuvre around and remain in orbit for days, while also allowing launching satellites or being docked with other spacecraft.

According to Reaction Engines, Skylon will provide aircraft-type access to space to enable operation from runway to orbit and back, order of magnitude reduction in cost versus existing technology, 400 times improved reliability and responsive access to space.

Image: An artistic rendering of Skylon aircraft during its takeoff from a concrete runway. Photo: file image.