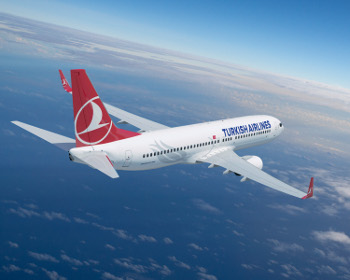 The projection systems, which will be used for Turkish Airlines’ nine simulators, will be delivered later this year.

According to Rockwell, the EP-8000 features advanced projection technology for generating high-fidelity realism over large areas.

With the selection the system for all of its simulators, the realism, particularly for airports, will be common throughout all Turkish Airlines simulators and will result in consistent training.

Rockwell Collins Simulation and Training Solutions vice-president and general manager LeAnn Ridgeway said: "The learning experience gained by trainees through the high-fidelity realism of this state-of-the-art graphic system is invaluable and Turkish Airlines pilots will be better prepared for real-life situations."

With the new systems, Turkish Airlines will also realise lower cost of ownership with the help of commercial off-the-shelf components and software programmable technology for all graphic rendering.

"The learning experience gained by trainees through the high-fidelity realism of this state-of-the-art graphic system is invaluable and Turkish Airlines pilots will be better prepared for real-life situations."

The company will also have instant access to Rockwell’s support infrastructure and sparing.

Established in 1933, Turkish Airlines has a fleet of 232 aircraft flying to 237 cities across the world, including 41 domestic and 196 international destinations.