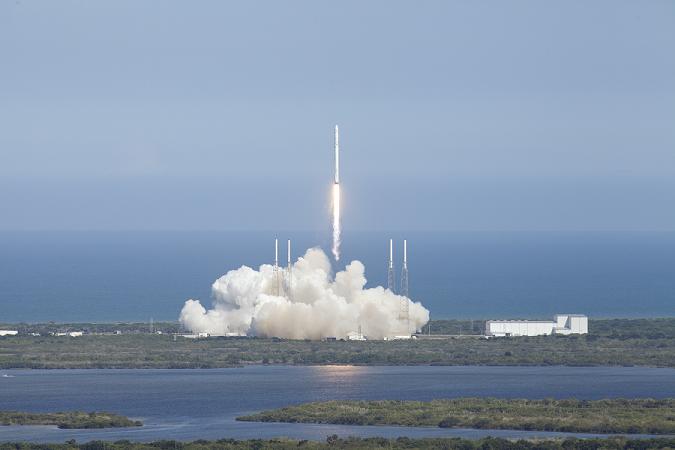 An unmanned SpaceX Falcon 9 rocket intended to carry cargo to the International Space Station (ISS) exploded around two minutes after lift-off at Cape Canaveral Air Force Station in Florida, US.

The Commercial Resupply Services 7 (CRS-7) run by SpaceX is part of a $2bn contract with Nasa.

SpaceX said the rocket experienced a problem before the first stage shutdown, resulting in loss of mission.

Preliminary investigations identified an overpressure event in the vehicle’s upper-stage engine; however, telemetry indicated that the first-stage flight was nominal, and that Dragon had functioned as expected for some time following separation.

The company said: "Our teams are reviewing data to determine root cause and we will be able to provide more information following a thorough fault tree analysis.

Dragon was carrying various cargos to the station, including water filtration equipment, an oxygen tank, a spacesuit, and a docking port for parking future commercial crew capsules.

"We will work closely with SpaceX to understand what happened, fix the problem and return to flight."

Nasa administrator Charles Bolden said: "We will work closely with SpaceX to understand what happened, fix the problem and return to flight.

"The commercial cargo programme was designed to accommodate loss of cargo vehicles.

"A Progress vehicle is ready to launch 3 July, followed in August by a Japanese HTV flight. Orbital ATK, our other commercial cargo partner, is moving ahead with plans for its next launch later this year."

The accident is the second successive failure to resupply the space station. In April, Russia’s Progress cargo ship suffered a problem with its Soyuz launcher and burnt up as it re-entered the Earth’s atmosphere.

SpaceX has arranged a platform in the Atlantic Ocean to serve as a landing pad, as part of its tests to recover Falcon 9’s first stage.

The company’s previous attempts in January and April failed due to technical problems, which caused the rocket to crash into the platform.