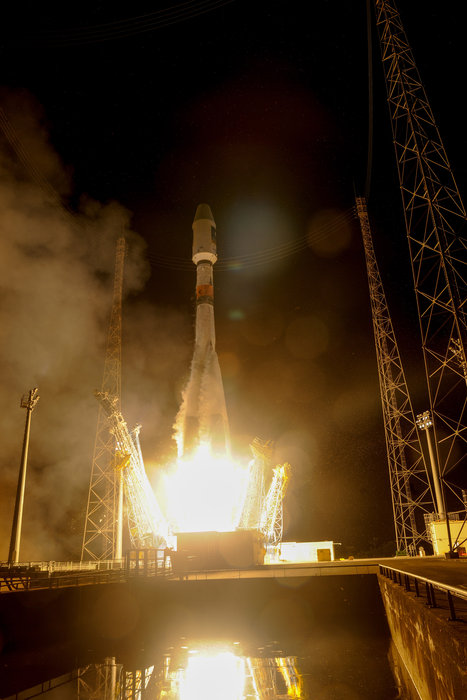 A Soyuz rocket has successfully lifted-off the ninth and tenth Galileo satellites from spaceport in French Guiana.

Around 3h and 48min after lift-off, the Fregat upper-stage released the satellites into their target orbit at an altitude of 23,500km, ESA said.

"By steadily boosting the number of satellites in space, together with new stations on the ground across the world, Galileo will soon have a global reach."

"The deployment of Europe’s Galileo system is rapidly gathering pace."

The programme is co-funded by the ESA and the European Commission.

Planned for launch by the end of this year, two more satellites have completed tests at the ESA’s ESTEC technical centre in Noordwijk, the Netherlands.

"At the same time, all Galileo testing performed up to now, including that of the ground segment, has been returning extremely positive results.

In 2016, a customised Ariane 5 launcher will be used to launch the Galileo system, when four satellites will be placed into orbit with a single launch, ESA said.