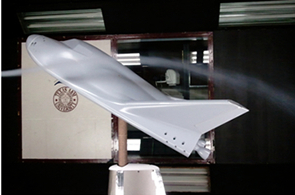 Aerodynamic data obtained following the test, when combined with data attained from computer simulations, will characterise the features of the Dream Chaser lifting body vehicle during the approach and landing stages of flight.

The data will also allow engineers to plan the first free flight test of the Dream Chaser vehicle, which is expected to be conducted during the third quarter of this year.

The Dream Chaser, derived from NASA’s HL-20 and funded by NASA under the Commercial Crew Development Programme, is capable of carrying about seven crew and cargo to and from low Earth orbit.

SNC’s lifting body vehicle will also be used to perform several remaining NASA commercial crew development round 2 (CCDev2) targets, as well as to perform a captive carry flight and the first free flight of the craft.

Being capable of performing free flight in low Earth orbit and of docking to ISS & other orbits, the vehicle will offer low-impact horizontal landing on a conventional runway and large cross-range with frequent landing prospects.

The vehicle’s Low-g re-entry, which is less than 1.5gs, will protect the crew and return samples of the science experiment.

Image: The Dream Chaser can carry about seven crew and cargo to and from low Earth orbit and dock with ISS. Photo: Sierra Nevada (SNC) Space Systems.