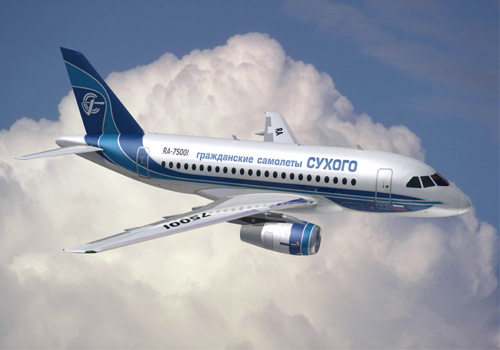 The orders were originally announced as the heads of agreement (HoA) at the 50th International Paris Air Show 2013, held in Le Bourget, France, in June.

The first contract, which is currently under negotiation, includes the purchase of five 103-seat SSJ100 LR aircraft, which will provide increased passenger capacity by means of slimmer seats installation.

The second contract was concluded for 15 SSJ100s in Basic version for the lessor’s customers in the South East Asia and the Middle East region.

SCAC president Andrey Kalinovsky said: "Our partners placed the order for two SSJ100 modifications: basic and long-range, and we hope that customers will appreciate opportunities provided by the two versions of the aircraft."

IFC plans to fund the purchase through the support of the Russian Government on financing the country’s industrial exports and high-tech products.

IFC is expected to receive the SSJ100 aeroplanes in 2015.

"Our partners placed the order for two SSJ100 modifications: basic and long-range, and we hope that customers will appreciate opportunities provided by the two versions of the aircraft."

Powered by a SaM146 engine, the SSJ100 LR can fly for 4,578km and has an increased take-off weight of up to 49.45t compensated by the strengthened wing.

SCAC also signed a three-party delivery contract with UTair Aviation and VEB-Leasing for six SSJ100 aircraft which are slated for delivery in 2014.

Under the contract, VEB-Leasing will acquire six SSJ100, valued $217.2m at list prices, from SCAC for further delivery to UTair Aviation.

UTair plans to fly the new aircraft in domestic routes, Western Siberia and the European part of Russia, and to Europe.