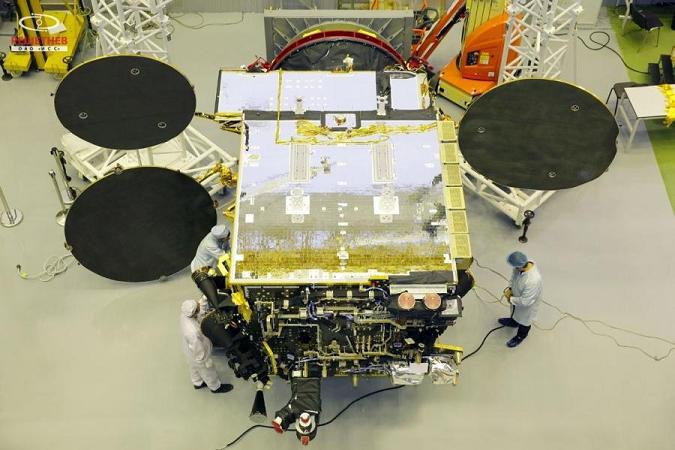 A Proton M launcher has successfully lifted-off Russian communications satellite Express AM8 from the Baikonur Cosmodrome in Kazakhstan.

Around 6h 37m after lift-off, the spacecraft separated from the upper-stage.

The Express AM8 is built on ISS Reshetnev Express 1,000N platform, and was assembled, integrated and tested at the company’s plant in Zheleznogorsk, Russia.

With an operational life of 15 years, the satellite provides two footprints, one covering Europe, Africa and the Middle-East, and the other in Latin America and along the east coast of North America.

From an orbital slot at 14°W, Express AM8 will offer fixed and mobile communication services, as well as broadcast services, data transmission, high-speed internet access and secure government communications.

"Our partnership is now continuing through our joint venture, Universum Space Technologies, dedicated to the production of world-class equipment for payloads used in both domestic and export markets."