ContinueLearn More X
X
Advertise with us
Rohit 17 May 2015 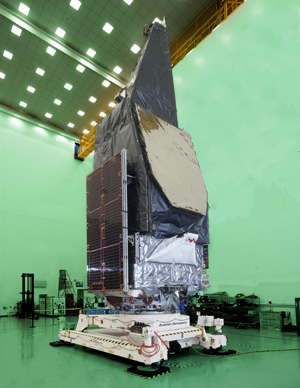 Managed by International Launch Services (ILS), the rocket lifted-off from Baikonur Cosmodrome in Kazakhstan, but failed due to a problem in its third stage, around 500 seconds after launching.

Stage three was to propel the satellite to an altitude of around 110 miles from where it was planned to be placed into geostationary orbit.

However, a problem caused the third and upper stages of the rocket, as well as the satellite, to fall back and burn up in the Earth’s atmosphere.

ILS said in a statement: "A Russian State Commission has begun the process of determining the reasons for the anomally.

"ILS will release details when data becomes available. In parallel with the State Commission, ILS will form its own failure review oversight board (FROB).

"The FROB will review the commission’s final report and corrective action plan, in accord with US and Russian Government export control regulations."

Mexico communications and transportation secretary Gerardo Ruiz Esparza said that the country has spent $390m on the satellite and launch.

Services intended to be provided by Centenario will now be covered by the Morelos 3 satellite, which is scheduled to launch in the coming months.

"Services intended to be provided by Centenario will now be covered by the Morelos 3 satellite."

Several hours after the Proton-M crash, the Progress M-26M cargo spacecraft failed to ignite its engines and correct the orbit of the International Space Station (ISS).

Roscosmos managed to resolve the problem on a second attempt.

AFP quoted the agency as saying: "As a result of the completion of the manoeuvre the altitude of the station’s orbit was increased by 2.8km."

Last week, Russia delayed the return of ISS cosmonauts onboard the station and pushed back the launch of replacement crew to late July after a Progress spaceship failed on a cargo re-supply mission and burnt up upon re-entry.

Image: The Morelos-3 is planned to launch this year. Photo: courtesy of Boeing photo.