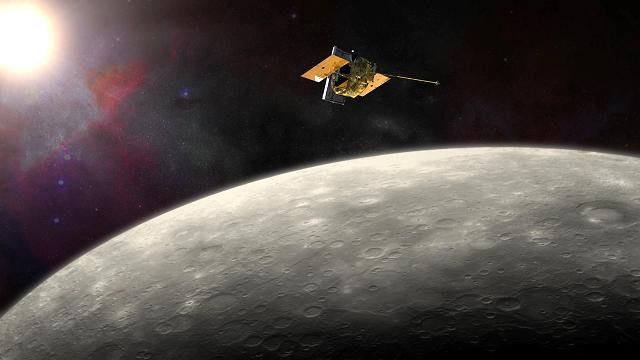 Nasa’s Mercury Surface, Space Environment, Geochemistry, and Ranging (MESSENGER) spacecraft is preparing to crash land on Mercury once it runs out of propellant.

Placed into orbit in March 2011, the spacecraft is the first to orbit Mercury, and has followed a path through the inner solar system.

According to Nasa, the Messenger spacecraft will impact the planet at over 3.91km per second on the side facing away from Earth.

Nasa Applied Physics Laboratory mission systems engineer Daniel O’Shaughnessy said: "Following this last manoeuvre, we will finally declare the spacecraft out of propellant, as this manoeuvre will deplete nearly all of our remaining helium gas.

"At that point, the spacecraft will no longer be capable of fighting the downward push of the Sun’s gravity."

The Messenger was launched in 2004 and travelled over six and a half years before it was inserted into Mercury orbit. The mission is designed to accumulate data for one Earth year.

"For the first time in history, we now have real knowledge about the planet Mercury that shows it to be a fascinating world as part of our diverse solar system."

Nasa science mission directorate associate administrator John Grunsfeld said: "For the first time in history, we now have real knowledge about the planet Mercury that shows it to be a fascinating world as part of our diverse solar system."

In 2012, Messenger facilitated the hypothesis that Mercury hosts significant amounts of frozen water and other volatile materials in its shadowed polar craters.

Accumulated data helped scientists to understand how the planets, including earth acquired key essentials for life such as water and chemicals.

Columbia University Lamont-Doherty Earth Observatory director and mission principal investigator Sean Solomon said: "The water now stored in ice deposits in the permanently shadowed floors of impact craters at Mercury’s poles most likely was delivered to the innermost planet by the impacts of comets and volatile-rich asteroids.

Image: The Messenger spacecraft will impact the planet at over 3.91km per second. Photo: courtesy of Nasa / JHU APL / Carnegie Institution of Washington.