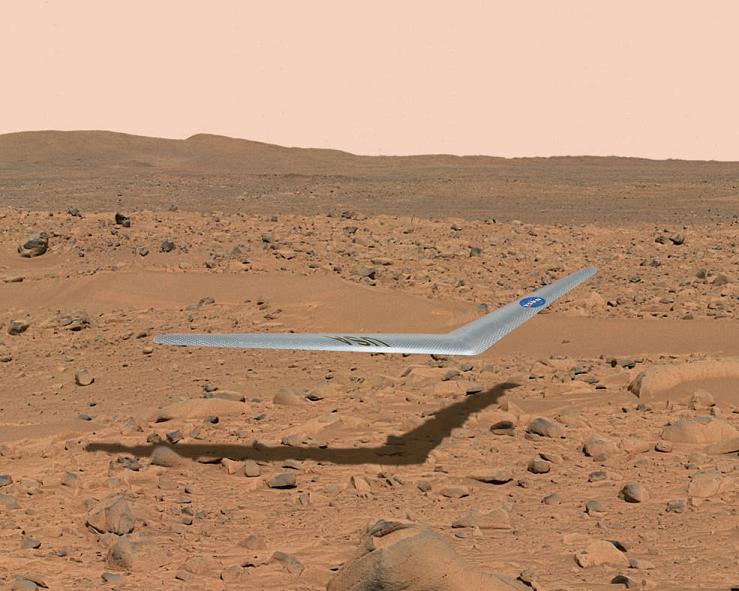 Nasa is preparing to conduct the first flight of its preliminary research aerodynamic design to land on Mars (Prandtl-m) flying wing aircraft later this year.

Prandtl-m will be launched from a balloon at an altitude of 100,000ft, while simulating flight conditions of the Martian atmosphere.

Data from the trial will allow Nasa to validate the functionality of the aircraft, and identify modifications required to enable it to fold and deploy from a 3U CubeSat in the aeroshell of a future Mars rover.

The balloon flight is part of an effort to demonstrate the flier capabilities on Mars. Another balloon flight and a sounding rocket flight will also be conducted using the Prandtl-m. The Flight Opportunities Programme will fund the planned flights.

During the first flight, the Prandtl-m will carry one of two small science payloads.

Planned to be conducted in 2016, the second research flight will feature an aircraft designed to return to the launch site on a flight as it glides back to Earth.

Nasa Armstrong chief scientist and Prandtl-m programme manager Al Bowers said: "We will do the same thing again with a balloon flight to about the same altitude.

"The aircraft would be part of the ballast that would be ejected from the aeroshell that takes the Mars rover to the planet."

If tests are successful, a third mission will be conducted using a sounding rocket. This mission will involve dropping the aircraft from an altitude of 450,000ft and as it approaches the 110,000ft to 115,000ft altitude range, the glider would deploy as though it was over the surface of Mars.

Nasa plans to launch Prandtl-m aboard the aeroshell / Mars rover piggyback stack, which is scheduled to travel to Mars in 2022 to 2024.

The aircraft will have a flight time of around ten minutes, and will glide for the last 2,000ft to the surface of Mars.

"The aircraft would be part of the ballast that would be ejected from the aeroshell that takes the Mars rover to the planet.

"The Prandtl-m could overfly some of the proposed landing sites for a future astronaut mission and send back to Earth very detailed high-resolution photographic map images that could tell scientists about the suitability of those landing sites," Bowers added.

Image: An artist’s view of Prandtl-m aircraft ying above the surface of Mars. Photo: courtesy of Nasa Illustration / Dennis Calaba.