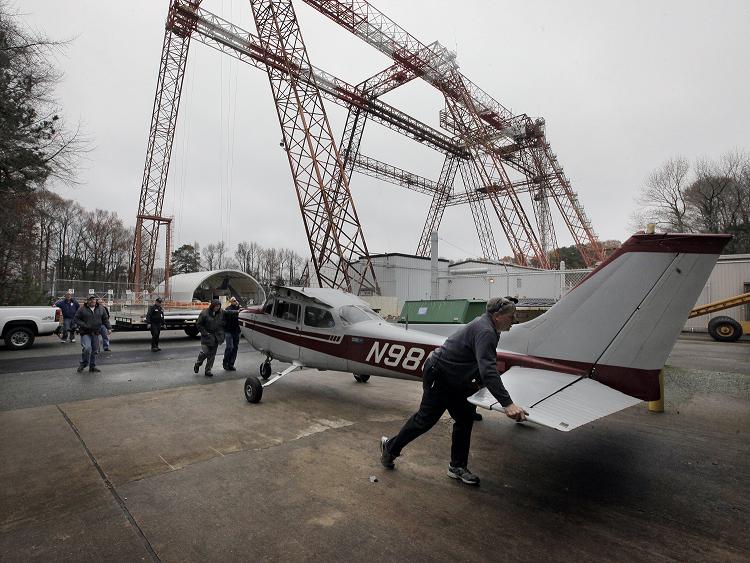 Nasa is preparing to conduct a crash test to evaluate the performance of emergency locator transmitters (ELT) in an aircraft.

Planned to be carried out on Wednesday at the agency’s Langley Research Center in Hampton, Virginia, the test will use a Cessna 172 aircraft equipped with five ELTs, two crash test dummies, cameras and data-collecting sensors.

As part of the trial, researchers at Nasa’s Search and Rescue Mission Office will drop the aircraft from a height of 100ft to evaluate the impact on the components.

An ELT is designed to transmit a signal to an orbiting satellite in the event of an aircraft crash. The signal is then reflected to the search and rescue (SAR) ground station.

Transmitted data will help compute a location, which will be relayed to rescue personnel.

"The crash tests are designed to identify ways to improve performance and robustness of the ELT system."

Nasa said that the crash tests are designed to identify ways to improve performance and robustness of the ELT system, which will increase the chances of saving lives during accidents.

The latest trial is the last of three crash tests conducted on three different Cessna 172s, under varying conditions.

Dropped from around 80ft, the first aircraft came in at nose-level on concrete. The two test dummies fell at 72ft per second onto the concrete surface.

In the second test, the aircraft was crashed nose down on to soil from 100ft height.

The aeroplane in the last trial is planned to come in from 100ft tail down, onto soil, Nasa said.