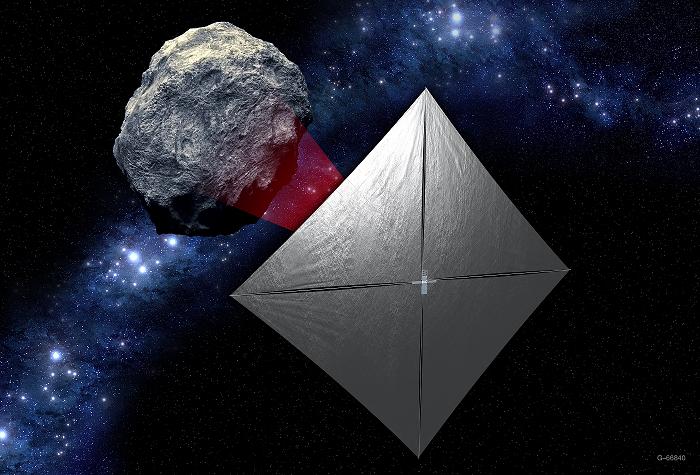 Nasa is planning to launch 11 nano-satellites on-board its Space Launch System (SLS), to conduct science experiments beyond a low-Earth orbit.

The SLS rocket will launch an unstaffed Orion capsule to a distant retrograde orbit around the moon.

Scheduled to take its first flight later this decade, the Exploration Mission-1 (EM-1) is designed to test the performance of SLS and its integration with the Orion spacecraft.

"While this new vehicle will enable missions beyond Earth orbit, we’re taking steps to increase the scientific and exploration capability of SLS by accommodating small, CubeSat-class payloads."

The stage adapter, a ring that connects Orion to the SLS propulsion stage, will carry 11 self-contained small satellites.

After Orion will proceed toward the moon and is a safe distance away, the small satellites will be deployed during the flight based on the particular missions.

"EA Scout will travel to a small asteroid to collect pictures and evaluate the environment, providing key data for future astronauts exploration."

According to Nasa, the nano-satellites weigh around 30lb each and do not require any extra power to function.

Nasa said: "The principal investigators and engineers for the payloads will work with the secondary payload integration team to develop mission-specific requirements and verify interfacing and safety requirements are met."

Near-Earth Asteroid (NEA) Scout, Lunar Flashlight and BioSentinel have been selected among 11 missions that will be secondary payloads to SLS test flight.

The Lunar Flashlight mission will explore the lunar surface for resources that could be used in future exploration such as building materials, propellant, oxygen and water.

BioSentinel mission will use yeast to assess the impact of deepspace radiation on living organisms over long durations beyond low-Earth orbit.