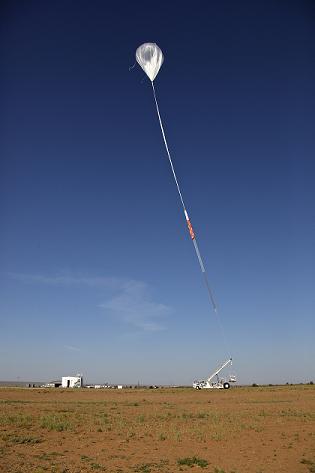 Nasa has started its scientific ballooning programme in Fort Sumner, New Mexico, US to facilitate research in heliophysics, astrophysics, planetary and earth sciences.

As part of the programme, multiple payloads containing science instruments and experiments will be flown to altitudes of 120,000ft through four scientific balloon flights.

On Monday, the first test flight assessed various balloon system technologies, including a new parachute device designed to deflate the parachute after the payload lands.

"The depth and breadth of missions flying during this campaign really show the versatility of balloon-based research platforms."

On 7 September, Nasa will launch the high-altitude student platform (HASP) to trial up to 12 student experiments in partnership with the Louisiana Space Consortium.

On 11 September, Nasa Langley Research Center’s Radiation Dosimetry Experiment (RaD-X) will be launched aboard a balloon to evaluate cosmic ray energy at two separate altitude regions in the stratosphere.

The accumulated data from RaD-X will help the agency’s Nowcast of Atmospheric Ionising Radiation for Aviation Safety (NAIRAS) modelling tool being developed to improve aircraft safety and safety procedures for the International Space Station.

Other small student experiments will also be flown on the RaD-X mission, as part of the Cubes in Space programme.

The final balloon flight will cover additional technology developments and missions, including tests for an azimuth rotator and enhanced telemetry systems.

The scientific balloon programme is managed by Nasa’s Wallops Flight Facility in Virginia with ten to 15 flights each year.