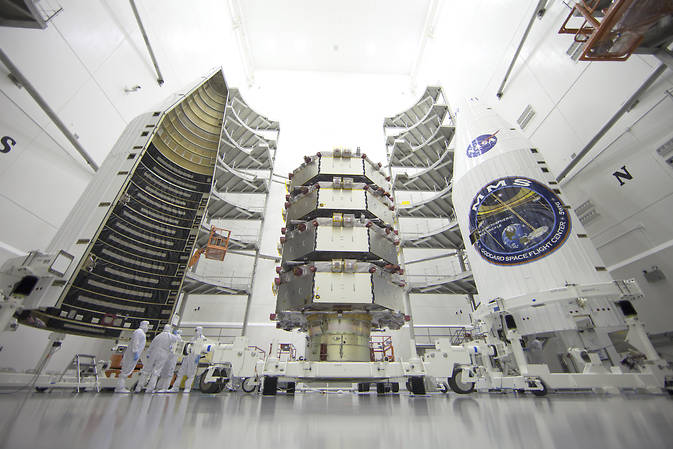 Four observatories are being prepared at the agency’s cleanroom facility.

The MMS launch will be managed by the launch services programme at Nasa Kennedy Space Center in Florida.

The mission is designed to study microphysics of three fundamental plasma processes, including magnetic reconnection, energetic particle acceleration, and turbulence.

"The mission is designed to study microphysics of three fundamental plasma processes, including magnetic reconnection, energetic particle acceleration, and turbulence."

Planned to commence operations in September, the MMS will measure characteristics of reconnection events as they occur, Nasa said.

The four identical space observatories are said to offer a three-dimensional view of magnetic reconnection, and feature sensors that assess space environment at faster rates than previous missions.

Nasa Goddard Centre integrated and tested four MMS spacecraft, which will be controlled and operated from the MMS mission operations centre.

"Studying magnetic reconnection near Earth will unlock the ability to understand how this process works throughout the entire universe."