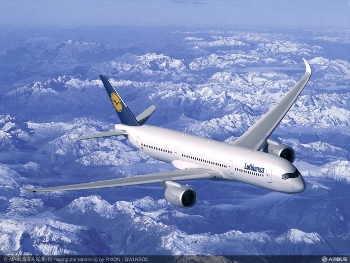 Deutsche Lufthansa has announced a €14bn order for 59 Boeing and Airbus wide-body aircraft, which is the largest single private-sector investment in German industry.

The first of the new jets will be delivered by 2016, replacing the airline’s existing aircraft that include the ageing Boeing 747-400s and Airbus A340-300s that are expected to be phased out by 2025.

Lufthansa Group executive board chairman and CEO Christoph Franz said: "The aim is to reduce the number of different models and fleet complexity in the passenger airline group segment and also replace existing aircraft with state-of-the-art aeroplanes."

The latest order will enable Lufthansa to enter the two-litre class, allowing 25% less fuel consumption, while reducing unit costs by around 20%.

"The aim is to reduce the number of different models and fleet complexity in the passenger airline group segment."

The Airbus A350 and Boeing 777-9X aircraft will be powered by Rolls-Royce ‘Trent XWB 84’ engine and General Electric’s ‘GE-9X’ model, respectively, and will have 30% lower noise footprint compared with today’s aircraft.

The new aircraft feature wider cabin, which will provide the airline with new opportunities to improve comfort for its customers when designing the cabin interior.

Funds for the latest order will be generated from the group’s cash reserves and through external funding arrangements.

Following the aircraft order that the airline placed in March this year, the group currently has a total of 295 new aircraft on order with a list value of €36bn with delivery scheduled as early as 2015.

Image: The first jets under the new order will be delivered by 2016. Photo: courtesy of FRA CI/C Bildarchiv/Lufthansa Group.