ContinueLearn More X
X
Advertise with us
admin 8 May 2013 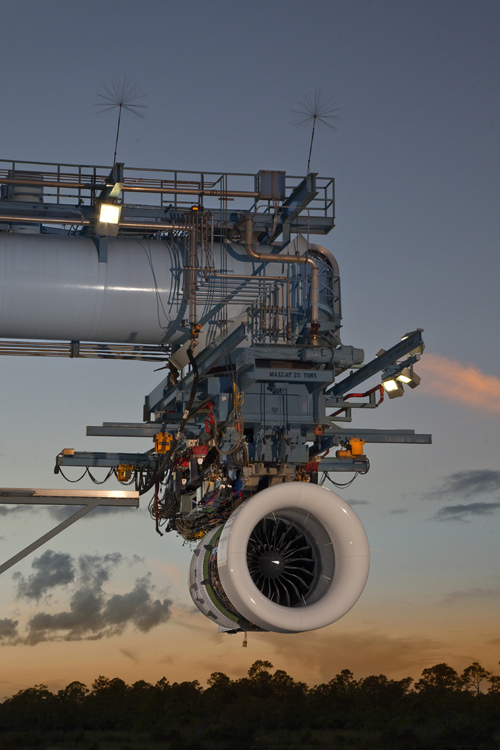 L-3 MAS has delivered a fourth experimental engine pylon to Pratt & Whitney Canada for deployment on Boeing 747SP aircraft to flight test the new PurePower PW1100G-JM engines, which are designed to power the Airbus A320neo aeroplane.

The pylon has been designed and manufactured by L-3 MAS at its facility in Mirabel, Quebec.

L-3 MAS vice-president and general manager Jacques Comtois said that the delivery of fourth experimental engine pylon represented another significant milestone and an opportunity to again work closely with Pratt & Whitney Canada in support of the development of a new engine.

"L-3 MAS and Pratt & Whitney Canada have a successful, collaborative history on many development projects and we look forward to further growing our relationship," Comtois said.

Pratt & Whitney Canada flight operations director Marc Kirner added: "We selected L-3 MAS for its past experience in developing test pylons, and this milestone further supports our decision to choose L-3 for the programme."

"We selected L-3 MAS for its past experience in developing test pylons."

For the the latest Pratt & Whitney project, L-3 MAS designed and manufactured the engine pylon, as well as some of the key assembly tooling, ground support equipment and systems to integrate the test pylon with the Boeing 747SP flying test bed.

Producing 33,000lb of thrust, the PW1100G-JM is the third variant of the PurePower PW1000G line and is the first engine to power the Airbus A320neo aircraft.

Scheduled to enter service in late-2015, Pratt & Whitney’s PurePower PW1100G-JM has been selected by 13 customers and has logged more than 1,400 firm orders so far.

L-3 MAS, headquartered in Mirabel, Quebec, is a division of L-3 Integrated Systems and is a leading provider of aircraft modification, systems integration, lifecycle management, fleet management and in-service support to government and commercial customers.

The company also provides solutions for the design, prototyping, manufacture, repair and overhaul, and certification of aerospace components, and is a leader in providing associated technical publications.

It employs 900 people at its operating centres across Canada and in Williamtown, Australia.