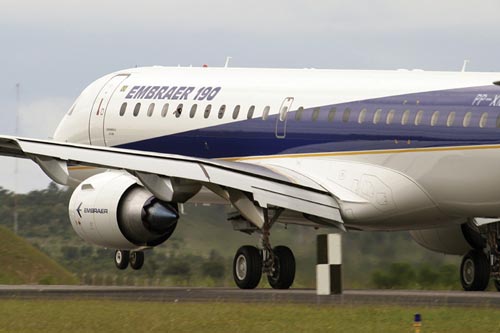 KLM Cityhopper, a regional subsidiary of KLM Royal Dutch Airlines, has entered into a lease agreement with BOC Aviation for six Embraer 190s, which will complement the airline’s existing fleet of 22 E-Jets.

The agreement is part of KLM Cityhopper’s plan to replace the ageing aircraft in its Fokker fleet.

The new aircraft will be configured with 100 seats in a single-class layout, consistent with the current E190s.

The first of the six E190s is slated to be delivered during the second half of this year.

Following the delivery of the last aircraft from this new acquisition, KLM Cityhopper’s fleet will comprise more E190s than any other aircraft type.

KLM Cityhopper plans to deploy all of the E190s across its European network from Amsterdam’s Schiphol Airport.

Embraer Commercial Aviation president and CEO Paulo Cesar Silva said: "Through its partnership with Air France, the combined group will operate more than 50 aircraft, the largest fleet of E-Jets in Europe.

"Through its partnership with Air France, the combined group will operate more than 50 aircraft, the largest fleet of E-Jets in Europe."

"The participation of BOC Aviation was key in the success of this transaction and shows the role such an important lessor plays in the E-Jets program.".

KLM CEO Camiel Eurlings said: "Not only do these investments make travel more comfortable, they also contribute to a more sustainable operation and greater efficiency, all of which will help us achieve our ambitious aims to reduce noise and carbon emissions."

BOC Aviation is an Asia-based aircraft leasing company with a portfolio of 225 owned and managed aircraft operated by 56 airlines worldwide.

Embraer has received more than 1,300 orders for its E-Jets, since the aircraft entered into revenue service in 2004, have been added to the fleets of 65 customers in 45 countries.

Image: The agreement for E190s is part of KLM Cityhopper’s plan to replace the ageing aircraft in its Fokker fleet. Photo: file image.