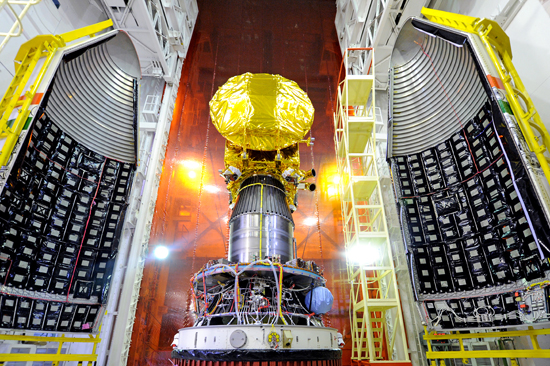 India has launched its first spacecraft to Mars, in an effort to reach the red planet at a lower cost than previous missions by other nations.

The country’s first interplanetary probe, the ‘Mangalyaan’ or Mars Orbiter Spacecraft, onboard PSLV-C25, was launched on 5 November from Satish Dhawan Space Centre SHAR, Sriharikota in the state of Andhra Pradesh.

The project will cost $69.3m, which is significantly less than Nasa’s Curiosity mission to Mars, launched in 2011 with an investment of $2.5bn.

This mission is aimed at reaching the red planet by September 2014 and examine the Martian surface and mineral composition, in addition to testing the atmosphere for hydrogen and methane gases.

Previous measurements by Curiosity demonstrated only trace amounts of the gases on the planet.

"The project will cost $69.3m, which is significantly less than Nasa’s Curiosity mission."

The 350t launch vehicle will orbit Earth six or seven times for around a month in order to pick up the momentum required to overcome the Earth’s gravitational pull and then slingshot itself to Mars.

Missions to the red planet have a high failure rate.

In 2011, a similar project by China failed to leave the Earth’s orbit.

Only the US, Europe, and Russia have been successful in sending probes that have orbited or landed on Mars.

India’s Mars Orbiter has been in the making for more than 15 months with more than 500 scientists working on the project.