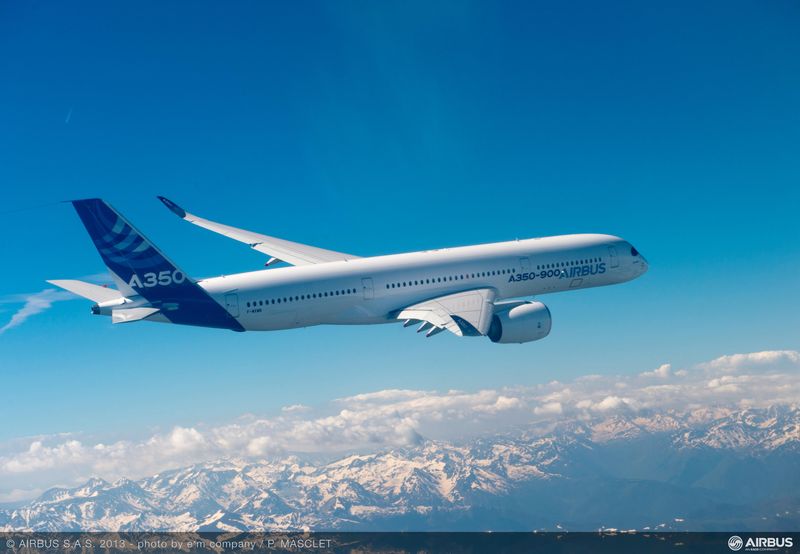 Harbin Hafei Airbus Composite Manufacturing Centre (HMC), a joint venture between Airbus and its Chinese partners, has started delivery of elevators for the Airbus A350 XWB aircraft.

The elevators were manufactured at HMC and shipped to Spain-based aero structures supplier Aernnova Aerospace (ANN), which will deliver them to the Airbus facility in Getafe, Spain, where these components will be installed into the A350 XWB horizontal tail plane.

An elevator is a movable control surface in the horizontal tail plane that allows the aircraft pitch up or down to increase or reduce its flight altitude.

Initially, the elevators A350 were solely manufactured by ANN.

In 2010, the company awarded a contract to HMC to manufacture and assemble the complete set of carbon fibre elevators and production in China started in 2012.

Following a period of transition, when the elevators will be manufactured at both ANN and HMC, the latter will become the sole supplier of A350 XWB elevators.

"The A350 XWB has taken to the sky and the programme is progressing on track."

In 2007, Airbus signed an agreement with the Chinese Government, allocating 5% of the airframe production, for the A350 XWB programme, to be manufactured China.

Airbus China chief operating officer Rafael González-Ripoll said that the delivery of the first ship set of A350 XWB elevators by HMC is a milestone in the company’s long-term partnership with the Chinese aviation industry.

"The A350 XWB has taken to the sky and the programme is progressing on track," González-Ripoll added.

AVIC, the parent company of the majority shareholding Chinese partners of the HMC, executive vice president Geng Ruguang said: "The delivery of the first A350 XWB elevator demonstrates one more step forward of HMC towards its set target."

Image: The elevators will be installed into the A350 XWB horizontal tail plane at Airbus’s facility in Getafe, Spain. Photo: courtesy of P Masclet / Airbus SAS.