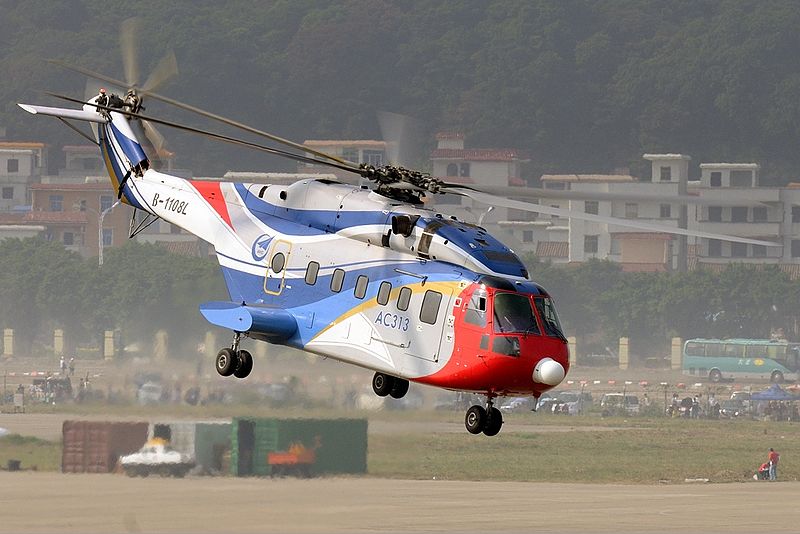 This development will allow the operator to expand the mission potential of the rotorcraft by increasing its applicability for use in over-water missions such as search and rescue, maritime surveillance and oil and gas industry transportation.

The EFS will provide the AC313 helicopter with increased survivability in the water as it is capable of offering flotation up to sea state 5, rough seas with waves from 2.5m to 4m high.

GKN Aerospace will initially deliver a prototype EFS in 2014 and will deliver a fully certified system by the end of the year.

"This contract win represents the first ever qualification of an EFS to CAAC standards and is also a landmark for us as it is GKN Aerospace’s first EFS business in the Chinese market."

GKN Aerospace Europe and special products CEO Phil Swash said that the company’s flotation technology is already equipped on helicopters such as the AW101, the S92 and now the AC313, extending its position in flotation systems.

"This contract win represents the first ever qualification of an EFS to Civil Aviation Administration of China (CAAC) standards and is also a landmark for us as it is GKN Aerospace’s first EFS business in the Chinese market," said Swash.

Powered by three Pratt & Whitney Canada PT6B-67A engines, the Avicopter AC313 is a single-rotor aircraft featuring mostly titanium and composite materials, has a maximum range of 900km, a max payload of 13.8t and can accommodate up to 27 passengers.

GKN Aerospace is an authority on the specification, design, manufacture and qualification of emergency flotation systems, designed to FAR / JAR 27 and 29.

The company stated that it will continue to develop new materials and fabrication techniques to meet requirements for lighter weight equipment with extended performance and reliability while offering improved safety for crew and passengers.

Image: The emergency flotation system will provide the AC313 helicopter with increased survivability in the water. Photo: courtesy of Shimin Gu.