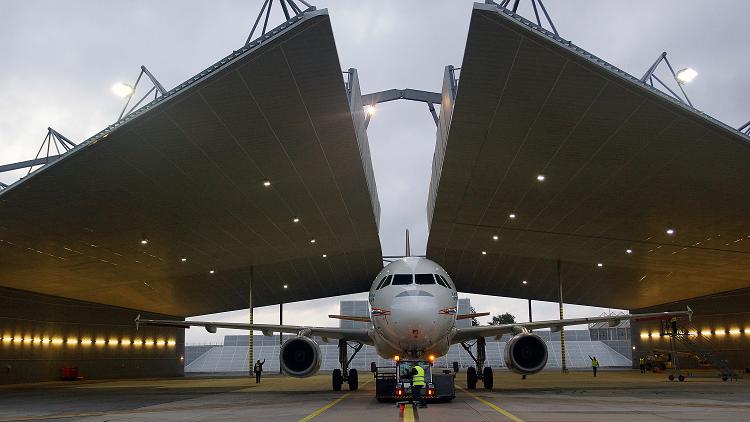 Researchers at Deutsches Zentrum für Luft-und Raumfahrt (DLR) are set to begin a project to investigate the sources of noise inside jet engines and on the main fan by using contactless laser metrology and microphones for the first time.

A measurement campaign is being held until 28 September where the DLR noise researchers will use the DLR research aircraft A320-ATRA aAdvanced technology research aircraft) to perform a series of engine tests in the Lufthansa Technik soundproof hangar at Hamburg Airport.

During the tests, the research aircraft will be reversed into the facility before two doors, each 56m wide and weighing 300t, close the hangar for the noise measurements.

DLR Institute of Aerodynamics and Flow Technology project leader Andreas Schröder said: "What we have planned in Hamburg is globally unique.

"It has never been seen before; the jet engines of a commercial aircraft in operation while being analysed by an array of microphones and laser-optic metrology techniques.

"We want to locate the zones within the engine where large, turbulent fluctuations in velocity and density produce noise."

Using the laser light, researchers are seeking to locate the regions of turbulent flow that cause noise around the intake and exhaust areas.

The microphones will provide researchers with information about the noise levels to match the flow phenomena being visualised using laser light.

"We want to locate the zones within the engine where large, turbulent fluctuations in velocity and density produce noise."

The campaign is part of the DLR SAMURAI (Synergy of Advanced Measurement techniques for Unsteady and high Reynolds number Aerodynamic Investigations) project.

"If our measurements help us acquire a better understanding of where noise is produced within an engine, we will be able to develop improved computer simulations of engine noise generation," Schröder added.

Researchers expect to deliver improved simulations of jet engines and their noise-producing flow structures by the end of the project in 2014.