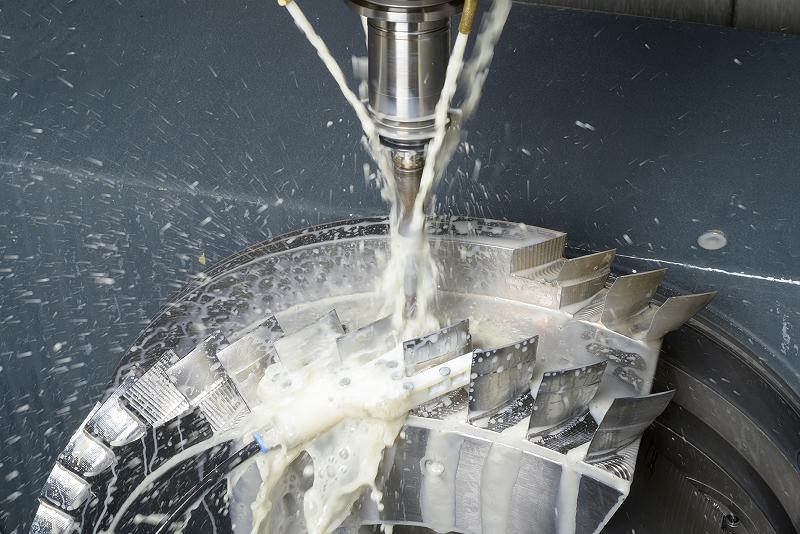 Turbine blades are mounted on compressor disks, which are milled from a single piece of material, unlike the previous blade by blade construction.

Named ‘blade-integrated disks,’ the compressor disks are designed to compress air in the turbine.

As turbine blades are long and thin, the manufacturing process involves certain problems such as to vibration, which will hamper further works. Tension on the turbine blades will slightly distort their geometry, researchers said.

Consequently, manufacturers prefer to follow a step-by-step approach, first processing the outer edge of the blade then carry out precise finishing work.

The clamping system features spring-loaded clamps, which grab the blade with equal tension on both sides, and once the elements are in place, they are hydraulically clamped to hold the workpiece.

"With the clamping system, absorption in titanium blisks is 12.5%…Without it, absorption falls to just 0.027%."

The system is claimed to help reduce manufacturing costs by €5,000 per blisk.

If the edges of a blade appear to be frayed, manufacturers can reuse the material using laser metal deposition and mill it to the desired form; however, the workpieces should be evaluated first, as it is not clear how much they may have drifted to the left or right.

Kalocsay added that the clamping system will also help in this scenario.

"It doesn’t change the blisk’s geometry by even a micrometre," Kalocsay added.

"The blade is fixed in place in just a few seconds and can be worked on immediately."