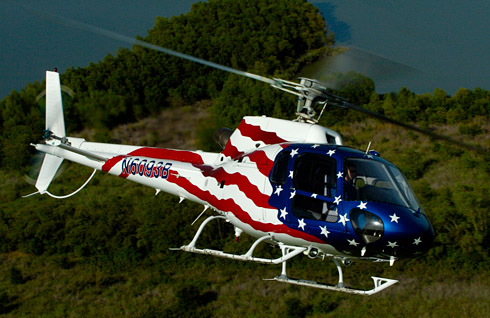 Eurocopter is set to upgrade its American Eurocopter facility in Columbus, Mississippi, US, to a final assembly and test site for the AS350 helicopters.

The project will begin in 2014 and was developed with two main objectives. The first was to offset the impact of the reduction in local production of UH-72A Lakota helicopters, with the second to help provide a boost to sales in the US market, especially with government and law enforcement agencies.

Eurocopter global supply chain executive vice-president Joseph Saporito said: "North America is the largest light helicopter market in the world for Eurocopter, and this new assembly line supports our industrial strategy by manufacturing the preferred AS350 ‘Made in the USA’ in close proximity to our customers.

"This decision further supports our investments that have developed reliable and efficient local industrial capabilities in a market with strong expected growth."

With this investment, the Columbus plant will become a final AS350 assembly and test site using parts manufactured by Eurocopter and its suppliers.

The facility will continue production and retrofitting of UH-72A Lakotas for the US Army, other federal agencies and foreign military customers.

"This decision further supports our investments that have developed reliable and efficient local industrial capabilities in a market with strong expected growth."

Work on the project will begin shortly, with the final assembly line scheduled to go onstream in the fourth quarter of 2014, while operations are slated to expand in 2015.

The Columbus plant is Eurocopter’s second location after its headquarters in Grand Prairie, Texas. The Columbus facility is expected to produce up to 60 additional helicopters a year by 2016.

It is currently responsible for the assembly and testing of the UH-72A Lakota aircraft, with 280 aircraft having been delivered on or ahead of schedule.

The working teams are also involved in the partial assembly of the AS350 from kits for certification flight tests before sending the aircraft to completion centers, where it is equipped with customer-specified interiors, instrumentation and special equipment.

Some 3,549 AS350s are currently in-service worldwide, with nearly one quarter of them in the US alone.

Image: An AS350 in flight. Photo: courtesy of American Eurocopter.