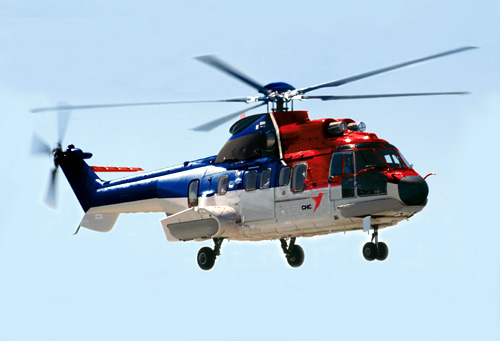 Eurocopter has received regulatory approvals to return its grounded Super Puma EC225 helicopters to service for oil and gas operators in the North Sea.

The company stated that the European Aviation Safety Agency (EASA) has approved gear box technical solution proposed by Eurocopter for its EC225.

The company’s two EC225s were grounded following two offshore incidents, linked to the cracking of a shaft that drives the main rotor blades, off Aberdeen and Shetland in the UK in 2012.

Eurocopter’s proposed fix includes a set of modifications and inspections, which are aimed at monitoring and detecting vertical shaft crack conditions and reducing the likelihood of any shaft crack initiation.

A Eurocopter spokesman said: "This is a major milestone to ensure that the first EC225s of the suspended fleet can be ready for a return to flight in July."

According to the EASA, this solution ensures safe and airworthy operations of the EC225 rotorcraft.

The agency will continue to work closely with Eurocopter, relevant national aviation authorities and the accident investigators to ensure that the fleet is operated safely.

In addition, the agency may update its airworthiness directive, which approves and mandates the technical solution proposed by Eurocopter for EC225, based on further investigation results.

"This is a major milestone to ensure that the first EC225s of the suspended fleet can be ready for a return to flight in July."

The UK Civil Aviation Authority (CAA) stated that it will subsequently amend operational restriction on the helicopter type, allowing each aircraft to return to service once the requirements of the EASA directive are met.

EASA is the centrepiece of the European Union’s strategy for aviation safety and is responsible for the certification and airworthiness of the helicopter type throughout Europe.

The agency has therefore taken the lead in working with Eurocopter to approve a set of modifications and inspections that could allow a safe return to service.

The CAA has been kept informed of the work to develop the airworthiness directive and also interacted with the Air Accident Investigation Branch, which is investigating the two UK EC225 ditching in 2012.