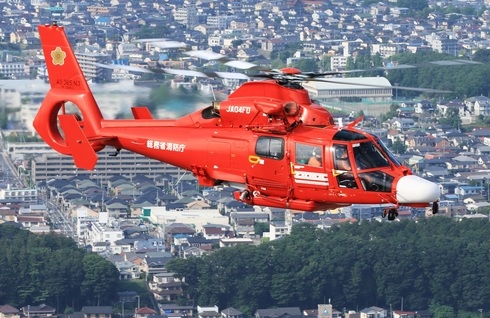 Eurocopter has delivered the third twin-engine AS365 N3 helicopter to Japan’s Fire and Disaster Management Agency’s (FDMA) for operations in Miyagi Prefecture.

The new rotorcraft, which began operations on 6 August, is a replacement for the agency’s BK117 C-2, which was damaged during the eastern Japan earthquake in 2011.

Deployed to the Miyagi Prefectural government for use in fire-fighting, disaster prevention, emergency medical transport and rescue missions, the AS365 N3 would also be used to accumulate information and perform rescue activities in disaster areas throughout Japan under FDMA’s direction.

Eurocopter Japan president and CEO Stephane Ginoux said: "The addition of the highly efficient AS365 N3 will enhance the capabilities of the Miyagi Prefectural government in managing ongoing work and future requirements."

The 4.5t AS365 N3 is part of Eurocopter’s Dauphin family and is a preferred helicopter variant for fire-fighting services, disaster relief organisations, police agencies as well as news media in Japan and across the world, according to Eurocopter.

Currently, there are more than 50 AS365s in-service with operators in Japan.

Eurocopter has 60% market share in the the fire-fighting segment in Japan and its popular helicopter models used for disaster relief missions in Japan include the AS365, the Super Puma family and BK117.