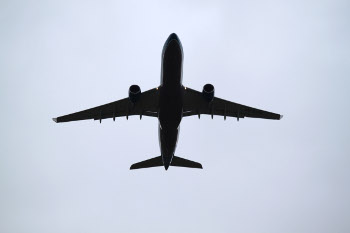 The EU is planning to announce changes in greenhouse gas emission curbs on airlines at the beginning of October based on a United Nations (UN) decision, which is expected later this month.

The final plan on the changes will be based on the decision of the UN aviation agency on whether to take up global measures to reduce pollution by the airline industry.

The final proposal will depend on the outcome of the vote by the UN aviation agency, according to the sources, citing policy.

In 2012, the commission planned temporary deferral of the imposition of carbon curbs on planes into and from the region in order to ease discussion on a global deal for the reduction of pollution from the industry.

Flights within Europe are still subject to the EU’s carbon-reduction scheme in the cap-and-trade system.

"The final plan on the changes will be based on the decision of the UN aviation agency on whether to take up global measures to reduce pollution by the airline industry."

In 2008, the EU decided that all flights to and from airports in Europe should be included within the bloc’s emissions trading system.

The expansion of Europe’s cap-and-trade programme had opposition from various countries such as the US, China and Russia, which said that the UN’s International Civil Aviation Organization (ICAO) should decide on pollution curbs.

Meanwhile, the ICAO Council is slated to discuss various global emissions-curbing measures in Montreal before its tri-annual assembly makes a decision on the issue on 26 September, Bloomberg reported.

The EU cap-and-trade programme is the basis of the region’s aim to reduce carbon gases, which scientists blame for climate change.

Image: Flights within Europe are subject to the EU’s carbon-reduction needs in the cap-and-trade system. Photo: courtesy of Suzanne T.