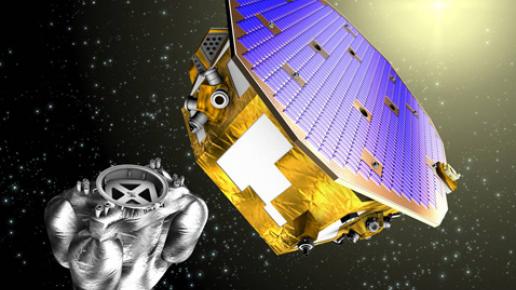 The European Space Agency’s (ESA) Lisa Pathfinder gravitational-wave detection technology demonstrator has completed a series of tests in Germany, and is preparing to leave for Europe’s Spaceport in Kourou, French Guiana.

Airbus Defence and Space carried out final integration and tests of the satellite at IABG in Ottobrunn, near Munich.

Lisa Pathfinder is planned for lift-off in November aboard a European Vega rocket. It will travel 1.5 million kilometres from earth towards the sun.

The spacecraft will test technologies and instrumentation that will help observe and precisely measure gravitational waves.

"This is an extremely challenging mission that will pave the way for future space-based projects…opening a new window to explore the cosmos."

ESA project scientist Paul McNamara said: "This is an extremely challenging mission that will pave the way for future space-based projects to observe gravitational waves, opening a new window to explore the cosmos."

"Gravitational waves are an entirely fresh and different way to study the universe, providing an important complement to the well-established approach of astronomy, based on observing the light emitted by celestial bodies."

Once in orbit around the Lagrange point L1, the two test masses will be released from a locking mechanism and their motion inside the spacecraft will be measured by laser interferometer and electrostatic sensors.

Other technologies for in-orbit testing include two types of micro-propulsion systems, drag-free control system from Nasa.

Airbus Defence and Space earth observation, navigation and science programmes head Michael Menking said: "Lisa Pathfinder is a remarkable project to test the ultra-high precision technologies that will be needed to detect gravitational waves in space."