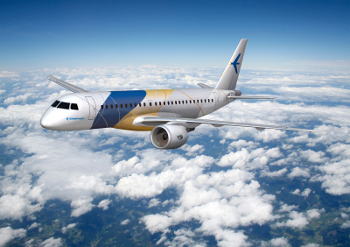 It marks a key milestone in Embraer’s second-generation E-Jets programme, which is set be to officially launched later this year.

The second generation E-Jets are scheduled to enter into service in 2018.

Pratt & Whitney president David Hess said: "To date, Pratt & Whitney has completed more than 4,200 hours and 12,400 cycles of full engine testing for the PurePower engine family, demonstrating the benefits and reliability of the engine architecture."

Embraer president and chief executive officer Frederico Fleury Curado said the PurePower GTF engines are a great fit to the next generation E-Jets and the company looks forward to another long lasting and successful programme with Pratt & Whitney.

"We are very happy to expand our partnership with Pratt & Whitney, keeping the E-Jets family as the best solution for our customers, today and in the future," Curado said.

The second generation E-Jets will complement a series of improvements that are currently being implemented to the existing family.

More than 900 Embraer E-Jets are currently in service, and 63 operators from 43 countries are operating or will soon take the delivery of E-Jets.

Meanwhile, Embraer has made its debut in Bangladesh with the purchase of two ERJ 145 jets by NovoAir, a passenger and air cargo transportation services provider.

Image: An artistic rendering of Embraer’s E-Jet, which is scheduled to enter into service in 2018. Photo: Embraer SA.