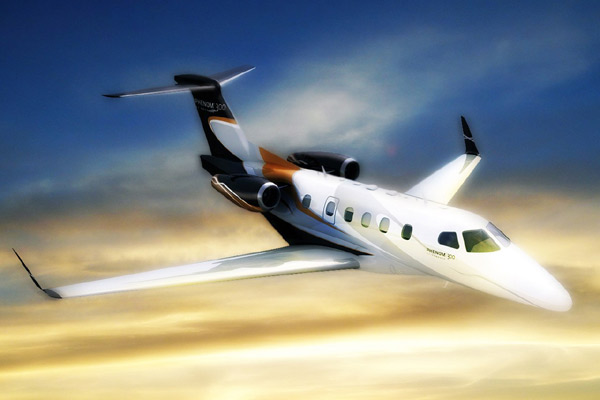 Embraer Executive Jets has delivered the first Phenom 300 light business jetliner made in the US to an undisclosed customer.

The new executive jet was delivered on 29 March and will be used by the customer to connect his business network in the US.

Embraer Executive Jets Melbourne assembly managing director Phil Krull said: "We have quickened the manufacturing pace and will be able to accommodate a more demanding schedule."

The latest delivery comes after the first Phenom 300 from the Melbourne assembly line was delivered to the Embraer Executive Jets’ flight department.

The company’s flight department’s aircraft is now being used as a demonstrator and was recently used to set a series of transcontinental records for light jets between Melbourne, Florida, El Paso, Texas, and Long Beach, California.

"We have quickened the manufacturing pace and will be able to accommodate a more demanding schedule."

Embraer Executive Jets North America sales vice-president Bob Knebel said the company: "This acceptance led to the Phenom 300 being the most delivered aircraft in the light-jet category in 2012."

The 5.23m long-cabin can accommodate up to eleven passengers and the aircraft is designed to offer 15% lower operating costs and the most range and speed in its class, according to Embraer.