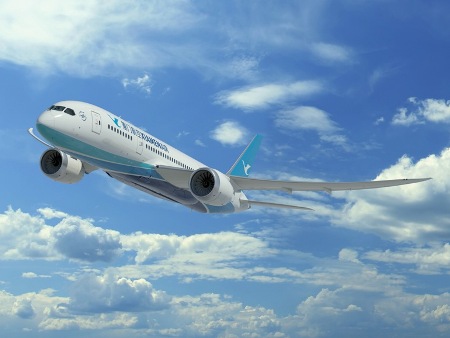 Xiamen Airlines, a subsidiary of China Southern Airlines, has finalised a firm order with Boeing for six 787-8s in order to expand its long-haul international service to the US and Europe in 2014.

Valued $1.3bn at list prices, the order was originally announced by Xiamen Airlines in May 2011.

China Southern Airlines had signed a letter of intent (LoI) in 2011 for the six aircraft; however, the deal was awaiting approval from the Chinese Government.

"The range and efficiency of the 787 makes it an ideal fit in our new, non-stop international routes," Shanglun said.

Xiamen Airlines is scheduled to receive the first 787 in July 2014 and it plans to launch new long-haul routes from Fujian to Europe, North America and Australia.

"The range and efficiency of the 787 makes it an ideal fit in our new, non-stop international routes."

Made primarily of carbon composites, the lighter weight 787 features improved aerodynamics and advanced engine technology, and according to Boeing, it uses 20% less fuel compared with rival aircraft in the segment.

The airline is set to receive its 100th Boeing aircraft in November this year.

Image: Xiamen Airlines is scheduled to receive the first 787 in July 2014. Photo: courtesy of Boeing.