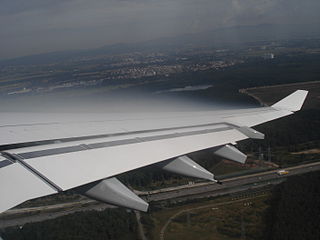 Researchers at the University of Bristol have developed a new technology that will allow aircraft wings and fuselage to recover themselves during flight, in the event of any undetectable cracks.

The team has been working on the technology over the past three years in partnership with aerospace engineers.

University of Bristol Professor Duncan Wass was quoted by the Independent as saying that the self-healing products could be available to consumers in the near future.

The solution involves the addition of tiny, hollow microspheres to carbon fibre composite materials that would release a liquid healing agent upon impact.

The compound fills the cracks caused by damage and a rapid chemical reaction makes it harden.

"If we do get damaged, we bleed, and it scabs and heals…We just put that same sort of function into a synthetic material."

Wass said: "We’ve not evolved to withstand any damage, if we were like that we’d have a skin as thick as a rhinoceros, but if we do get damaged, we bleed, and it scabs and heals.

"We just put that same sort of function into a synthetic material: let’s have something that can heal itself."

Tests have showed that the material is indeed stronger after it has healed.

As a dye could be added to the healing agent, engineers would be able to quickly identify the damaged areas.

"We’d probably do it with something which is invisible to the naked eye that you’d need to put an ultraviolet light on, because you don’t want an aeroplane wing with a big red splodge on it showing that it’s been damaged."

Funded by the Engineering and Physical Sciences Research Council’s UK Catalysis Hub, the research will be presented at a Royal Society meeting this week.

Image: An aircraft wing that could receive a liquid healing agent. Photo: courtesy of Mgw89 / Wikipedia.