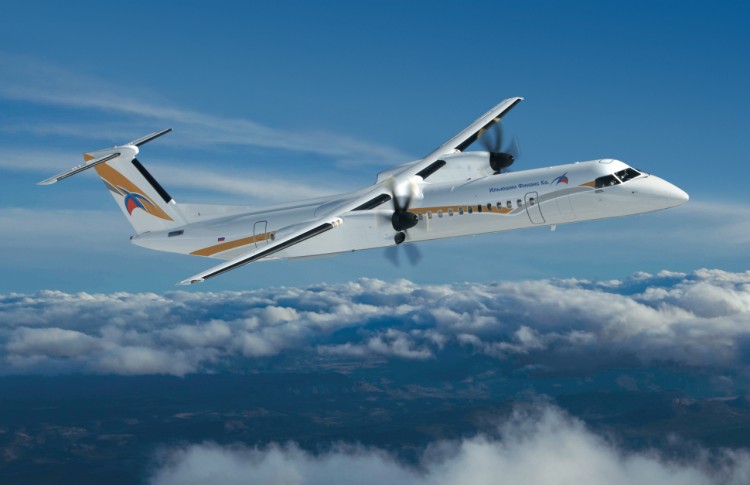 Bombardier has signed a series of preliminary agreements to sell 100 Q400 NextGen turboprop airliners in Russia and establish a joint venture (JV) assembly line for the aircraft in the country.

The agreements were signed at the ongoing MAKS 2013 Air Show, an International Aviation and Space Salon, at Moscow’s Zhukovsky Airport.

Bombardier signed a letter of intent (LOI) with Russian state-owned industrial and defense firm Rostec for the sale of 50 Q400 NextGen aircraft and a memorandum of understanding (MOU) to set up a Q400 NextGen final assembly line in the country.

The aircraft manufacturer also entered into a market development agreement with Rostec and its aircraft leasing subsidiary Avia Capital Services, which will provide an opportunity to secure orders for at least 50 additional Q400s in the region.

Russian leasing firm Ilyushin Finance (IFC) signed a letter of intent (LOI) to purchase these 50 Q400 NextGen airliners, which would be locally assembled by the JV.

The firm contract for 100 Q400 NextGen aircraft would be valued at approximately $3.39bn, based on the list prices.

"The agreements signed today are the next step towards ensuring our long-term competitive position in the Russian Federation and will help secure Rostec’s ongoing establishment of an aviation centre of excellence."

If the agreements are finalised, the final assembly line would manufacture aircraft for Russian customers and would complement Bombardier’s existing Q400 NextGen aircraft production operations in Toronto, Canada.

Bombardier and Rostec are working towards finalising the agreements, which are expected to be concluded in 2014, subject to certain approvals and other usual conditions.

Bombardier Commercial Aircraft president Mike Arcamone said: "The agreements signed today are the next step towards ensuring our long-term competitive position in the Russian Federation and will help secure Rostec’s ongoing establishment of an aviation centre of excellence."

Currently, there are more than 120 Bombardier commercial aircraft in-service in Russia and the commonwealth of independent states (CIS), and over the next two decades, Bombardier predicts a market demand of about 400 aircraft in the 20 to 99-seat market in the region.

To date, Bombardier has logged 475 firm orders for the Q400 and Q400 NextGen aircraft.