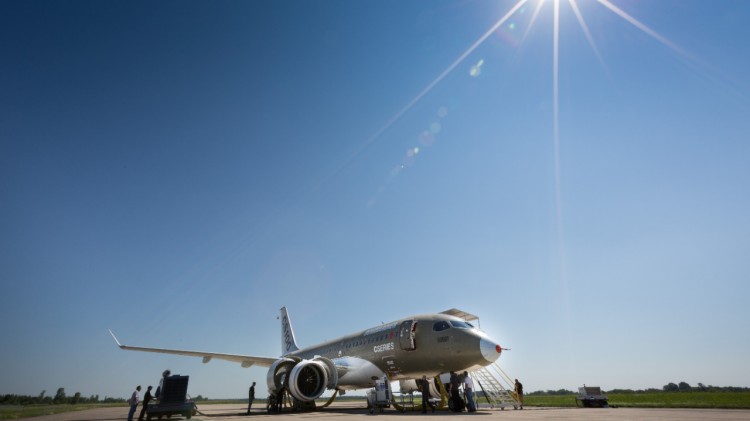 A new molecule that stops cancer cells from responding and surviving by starving them of oxygen could provide a new treatment pathway for the disease, according to Cancer Research UK scientists.

The Montreal-based aircraft manufacturer stated that the integration of the auxiliary power unit (APU) and Pratt & Whitney PurePower Geared Turbofan PW1500G engines on the CSeries FTV1 is running smoothly, a development, which allows the testing of key systems of the aircraft.

In addition, the latest software upgrades on the aircraft continue to be successfully completed, the company said.

Bombardier said that although the overall integration is progressing well, the technical last steps are taking more time than initially expected to validate the overall systems and ongoing software integration.

"We have now entered the ultimate phase of systems integration and validation on the first flight test vehicle as we submit brand new technology to in-depth tests."

As part of the final testing stage in preparation for first flight, FTV1 is currently undergoing complex pre-flight tests, including aircraft in the loop testing (ACIL).

During testing, the aircraft is flown on the ground in a simulated flight environment to ensure that it operates similar to the one experienced with the on-the-ground complete integrated aircraft systems test area (CIASTA), also known as ‘Aircraft 0’, and this will be followed by low and high-speed taxiing.

Bombardier said that it is working with Transport Canada to gain approval for the Flight Test of FTV1 and the permit is expected in the coming weeks.

Powered by Pratt & Whitney PurePower PW1500G engines, the CSeries aircraft family is designed for the 100 to 149-seat market and will offer a 15% operating cost advantage and a 20% reduction in fuel burn.

To date, Bombardier CSeries airliner has logged 388 orders and commitments, which include 177 firm orders.

Image: The FTV1 is currently undergoing complex pre-flight tests, as part of the final testing stage in preparation for first flight. Photo: courtesy of Bombardier.