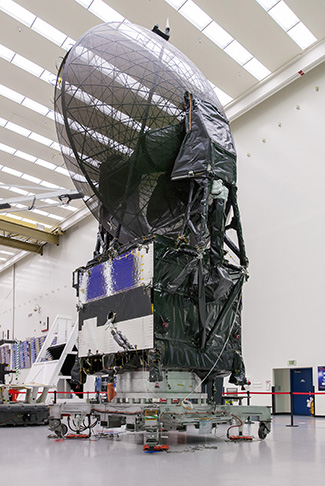 Boeing has announced that two of its next-generation tracking and data relay satellites (TDRS), TDRS-K and TDRS-L, have completed testing in space and on earth respectively.

The TDRS-K has been officially handed over to NASA and will be renamed TDRS-11 upon entry into service. It provides another critical data link between low-Earth-orbiting spacecraft and NASA’s satellite control centres.

Scheduled for launch in 2014, the TDRS – L has completed performance testing at the Boeing’s satellite facility in El Segundo, California. It is ready for shipment to Kennedy Space Center, Florida, later this year.

Featuring improved payload capacity and enhanced communications bandwidth, the TDRS-K and TDRS-L are the first two of a set of three next-generation TDRS satellites.

TDRS-M, the third satellite in the series, completed a critical design review with NASA and is currently in the production phase, with launch scheduled for December 2015.

The TDRS fleet provides communication support to a wide range of science missions, as well as several launch vehicles.