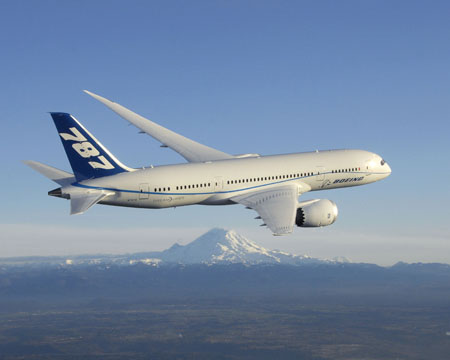 Boeing has urged selected airlines to inspect Honeywell fixed emergency locator transmitters (ELT) on up to 1,200 aircraft across their fleets to gather data for regulators, as part of its ongoing efforts to resolve problems on its lightweight 787 Dreamliner.

This move comes in the wake of the fire aboard a parked 787-8 Dreamliner owned by Ethiopian Airlines at London’s Heathrow airport, earlier this month.

A Boeing spokesman was quoted by Reuters as saying that the company is asking specific operators of 717, Next-Generation 737, 747-400, 767 and 777s to inspect aircraft equipped with the Honeywell fixed ELTs.

"The purpose of these inspections is to gather data to support potential rulemaking by regulators," the spokesman said.

Last week, the US Federal Aviation Administration (FAA) ordered airlines to remove or inspect Honeywell fixed ELTs on 787. However, it has so far not extended its mandatory checks to other aircraft variants.

"The purpose of these inspections is to gather data to support potential rulemaking by regulators."

The emergency beacon, manufactured by Honeywell International, is powered by a lithium manganese battery and is designed to send out a signal to help rescuers locate the wreckage following a crash.

Honeywell stated that it supports the inspections recommended by regulators and will continue to cooperate with the ongoing investigation of the Heathrow fire incident.

Meanwhile, Airbus noted that it would review the process of integrating the ELTs on its aircraft, in order to determine the need for alterations from the AAIB findings, but has not asked operators to inspect them across its fleet.

The European aircraft manufacturer said that it never had problems with the ELTs that are being investigated following the Heathrow incident.

Image: Boeing’s request to inspect Honeywell’s emergency locator transmitters comes comes in the wake of the fire aboard a parked 787-8 Dreamliner owned by Ethiopian Airlines. Photo: courtesy of Boeing.