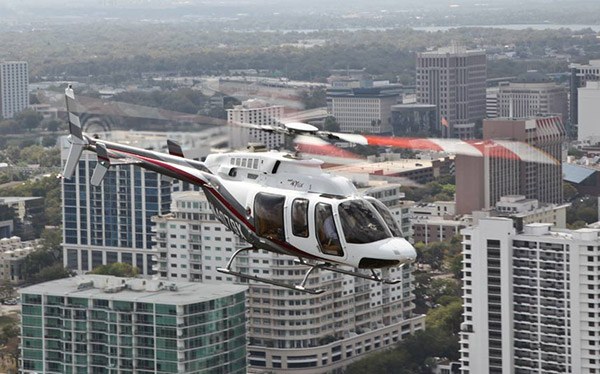 Bell Helicopter has announced that it has delivered the first Bell 407GX to be operated in Poland at the Konstancin airfield, near Warsaw.

The new rotorcraft is the first of two 407GXs to be delivered in Poland this month, the company said.

The 407GX was delivered by JB Investments, Bell Helicopter’s independent representative in Poland.

"The Bell 407 is flown by customers across a variety of segments, from police and border patrol, to air medical and corporate transport," Moulay said.

"The Bell 407 is flown by customers across a variety of segments, from police and border patrol, to air medical and corporate transport."

"Now, the Bell 407GX is gaining momentum in Poland and all over the world as the most advanced light single engine helicopter on the market."

Featuring a Garmin G1000H integrated glass flight deck, the Bell 407GX is a new version of the Bell 407 helicopter, which was introduced in March 2008.

Seating six, the helicopter can fly at an altitude of 5,370m with a range of 611km and a maximum cruise speed of 246kmph.

Bell Helicopter, a wholly owned subsidiary of Textron, is a leading manufacturer of commercial and military, manned and unmanned vertical-lift aircraft and the pioneer of the revolutionary tiltrotor aircraft.

Image: the new rotorcraft is the first of two 407GXs to be delivered in Poland this month. Photo: courtesy of Bell Helicopter Textron.