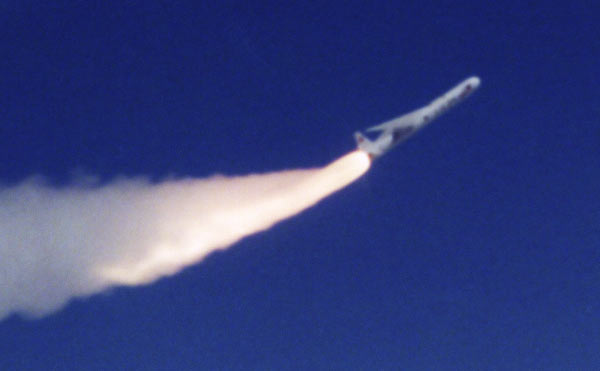 Alliant Techsystems (ATK) has been awarded a contract from Orbital Sciences to provide first and second stage propulsion for the Air Launch Vehicle (ALV) which is being designed and built by Orbital for Stratolaunch Systems, as part of a revolutionary air-launched space transportation system.

The contract includes the design, development and flight hardware for initial Stratolaunch missions.

It expands ATK’s already strong partnership with Orbital, dating back to the development of Orbital’s Pegasus, which uses ATK solid rocket motors for stage propulsion.

ATK Aerospace president Blake Larson said that the company is pleased to receive this award for the development and production of first and second stage propulsion for the Stratolaunch ALV.

"Our innovative propulsion concept combines both proven and state-of-the-art technologies that will provide a high-performing, cost-effective solution for the ALV," Larson said.

"The contract includes the design, development and flight hardware for initial Stratolaunch missions."

ATK’s Defense and Commercial Division vice-president and general manager Scott Lehr said that the design solution for ALV will take full advantage of ATK’s experience with large diameter solid rocket motors such as those built for the space shuttle and for the Titan IVB launch vehicle.

Solid rocket motors employ stable propellants and have been proven to be highly reliable in a wide range of systems.

These highly-engineered systems are designed for simplified operations, and minimise ground support infrastructure requirements, according to ATK.

ATK has to date manufactured more than 1,600 commercial solid rocket motors for a range of launch vehicles including the Delta II and Delta IV, as well as Orbital’s Pegasus, Taurus, Minotaur and Antares space launch vehicles.