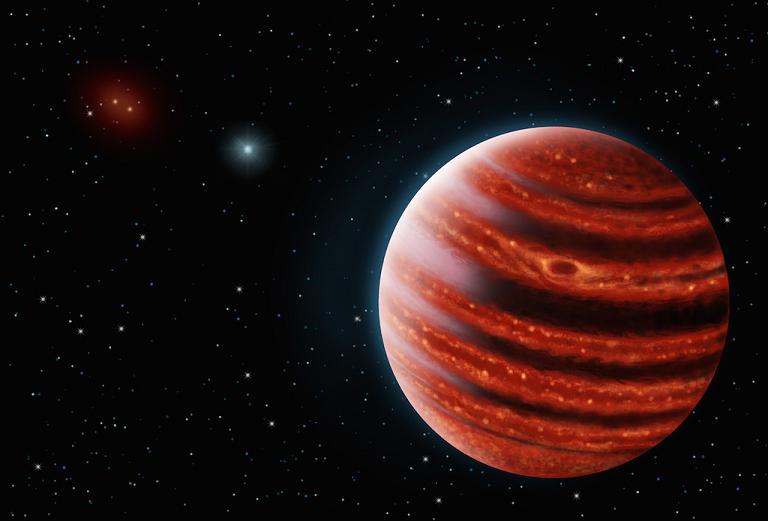 A team of astronomers, including some from Nasa, have discovered a Jupiter-like planet 100 light-years away from Earth.

Named 51 Eridani (Eri) b, the new planet is the first to be discovered by the Gemini Planet Imager (GPI) instrument on the 8m Gemini South telescope in Chile.

The 20 million year-old planet may give astronomers a greater insight into the formation of our solar system.

Said to be a million times fainter than its parent star, the 51 Eri b is believed to have the most significant levels of methane ever detected on an alien planet.

With temperature of 800°F, the planet is roughly twice the mass of Jupiter and is the lowest-mass exoplanet imaged to date.

Stanford University physics professor Bruce Macintosh said: "Many of the exoplanets astronomers have imaged before have atmospheres that look like very cool stars.

"This is exactly the kind of system we envisioned discovering when we designed GPI."

The GPI was designed to discover and analyse young planets orbiting bright stars.

Nasa’s Kepler mission discovers planets by measuring the loss of starlight when a planet passes in front of its star, while GPI searches for light from the planet itself.

University of California, Berkeley professor and GPI project scientist James Graham said: "This is exactly the kind of system we envisioned discovering when we designed GPI."

Although 51 Eri b is not exactly like Jupiter, there are signs it will evolve into a similar shape, astronomers said.

Nasa Ames Research Center astrophysicist Mark Marley said: "Since the atmosphere of 51 Eri b is also methane-rich, it signifies that this planet is well on its way to becoming a cousin of our own familiar Jupiter."