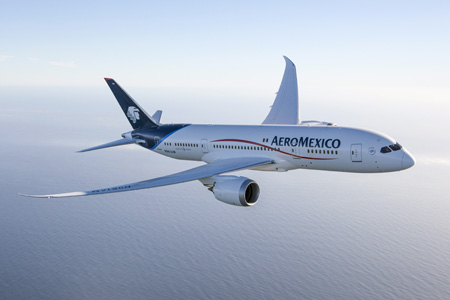 Mexican airliner Aeromexico has taken delivery of the first 787 Dreamliner from Boeing’s delivery centre in Everett, Washington, US.

The 787 is the first of nine 787-8 aircraft that Aeromexico is to operate, including five on lease from ILFC.

It plans to use the 787 on key routes to North America, Europe and Asia.

Aeromexico chief executive officer Andres Conesa said: "Our customers will surely benefit from the world-class service that distinguishes Aeromexico, which we now bring onboard the most modern aircraft ever built."

Aeromexico is the second operator to take delivery of an airplane leased through ILFC.

ILFC chief executive officer Henri Courpron said: "This 787 Dreamliner delivery to Aeromexico is another milestone in our four decade-long, strategic relationship with the airline and ILFC."

Boeing has to date logged 930 orders for 787 from 57 customers worldwide.

Image: Aeromexico plans to use the 787 on key routes to North America, Europe and Asia. Photo: courtesy of Boeing.