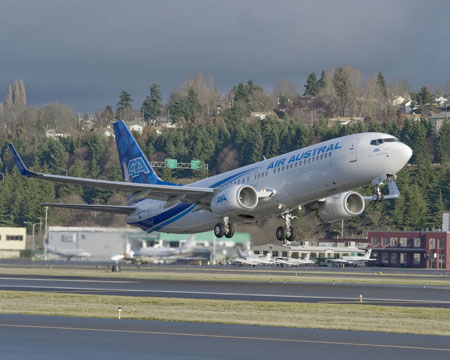 Boeing has announced it has delivered a Next-Generation 737-800 to Iraq’s national airline Iraqi Airways, the first of the 30 aircraft that were ordered by the airline in 2008.

This development brings the total number of aircraft Iraqi Airways currently has on order with Boeing to 39, including 29 Next-Generation 737-800s and ten 787 Dreamliners.

Iraq Minister of Transportation H.E. Hadi Al Ameri said the Next-Generation 737-800 will play a key role in helping the carrier modernise its fleet and integrate into the regional and international commercial aviation system.

"Boeing has played a pivotal role in our growth plan and the Next-Generation 737 has earned an excellent reputation for reliability and operational efficiency," Ameri added.

Boeing Commercial Airplanes Middle East, Russia and Central Asia Sales vice president Marty Bentrott said this is a historic milestone in its relationship with Iraqi Airways and a testament to the value that the Next-Generation 737-800 will bring to the airline’s fleet.

"This development brings the total number of aircraft Iraqi Airways currently has on order with Boeing to 39."

"Boeing is proud of the confidence that Iraqi Airways has in its products and we look forward to further strengthening this relationship to fulfil the airline’s future commercial aviation needs," Bentrott added.