1 pilot and 1 passenger (the XL model) 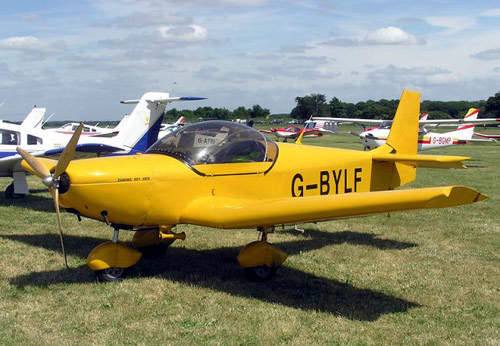 The CH 601 series has brought affordable aviation to many enthusiasts. 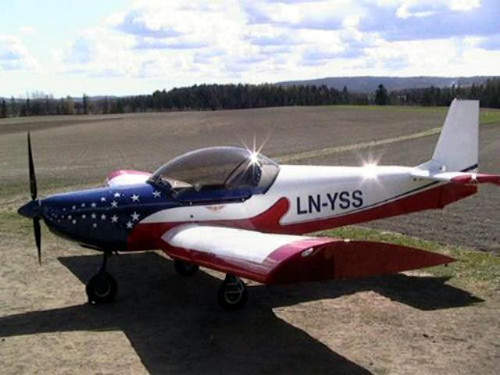 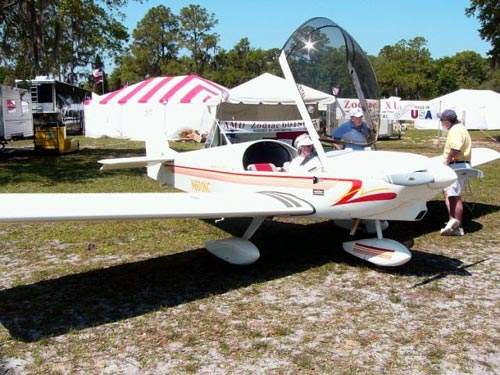 A series of accidents has caused a major investigation into the design of these aircraft by the MTSB, FAA and the Dutch Government.

The Zenith Aircraft Company is based in Mexico, Missouri, USA, and produces a successful series of light sports aircraft kits for the flying enthusiast on a budget.

One of Zenith's most popular models is the Zenith Zodiac CH 601, a light all-metal two-seater low-wing monoplane, originally designed by the Canadian aeronautical engineer Chris Heintz. Heintz is owner of Zenith Aircraft and also the Midland, Ontario-based company, Zenair (founded in 1974).

The CH 601 was introduced as a model in 1984 and now has several variant kits. The system of kit building allows a great deal of flexibility and can give a very serviceable two-seater aircraft for around $85,000 including airframe, engine and instrumentation.

The CH 601 is currently manufactured as a complete aircraft by Aircraft Manufacturing and Development Co (AMD) but the majority of these have been built as kit aircraft by amateur enthusiasts.

Rules vary in North America as to the flying of these aircraft; in Canada the 601 can be constructed and flown as an advanced ultralight or amateur-built aircraft. The CH 601 can also be flown under ultralight rules in several other countries including throughout Europe. In the US the CH 601 can be flown under FAA light-sport aircraft rules or alternatively as an experimental amateur-built kit aircraft. There are currently over 1,000 CH 601 aircraft being flown across the world.

The Zodiac CH 601 HD is now the basic Zodiac model and is based on the original CH 600 aircraft from 1984. This is a heavy-duty (HD) model and can be used with most engines ranging from 65hp to 115hp. A lighter version of the CH 601 HD model, the CH 601 (UL) (ultra-light at 1,058lb/481kg) was developed specially for the advanced ultra-light category in Canada and other countries.

The XL was introduced in 2001 and this is a light sport aircraft (LSA) with a larger wing area and larger aerofoil than previous models. In addition the XL has a new wing flap design to keep the stall speed low and larger wing tanks and baggage areas for increased range. The XL has now been superseded by the CH 650 introduced in July 2008.

The CH 601 HDS has tapered and shortened speed wings, allowing it to fly at 135mph on just 80hp. All of these aircraft have common tail sections but can take varied engines from 80hp to 115hp.

The CH 601 was designed as an easy-build, robust, affordable aircraft and has many interesting features, including an all flying rudder, hingeless ailerons, bubble canopy (44in-wide cabin), and assembly using blind rivets.

In April 2009 the FAA was asked by the National Transportation Safety Board (NTSB) to ground the Zodiac CH-601XL series of aircraft as it believed that the design could be linked to six accidents. The FAA was already reviewing design issues for all variants of the Zodiac light sport aircraft (LSA) and is now considering a decision to ground the CH-601XL.

Since 2006, ten pilots and passengers have been lost because, the NTSB believes, the XL is prone to aerodynamic flutter, which can lead to the structure of the aircraft breaking up in mid-flight. Flutter occurs because of vibration on the aircraft control surfaces and this could come from engine vibration or harmonics set up by weather circumstances (the flight control system is being examined as a cause).

“The Zodiac
CH 601 was designed as an easy build, robust, affordable aircraft.”

The design standards for the XL have also been called into question by the NTSB, e.g., the CH-601XL's stick force gradient, or amount of force applied to the control stick, was not uniform throughout the range of motion, particularly in high vertical accelerations. At high g forces, the non-uniformity could lead to inadvertent over-controlling and stressing the aircraft beyond design limits leading to structural failure. A problem was also flagged with the aircraft airspeed indication system (problem with accuracy) which could lead to the aircraft being operated at speeds beyond its design capacity.

The Dutch Government grounded the 12 Netherlands-registered XLs in October 2008 stating six accidents had occurred and the design had to be investigated as one or both wings had failed.