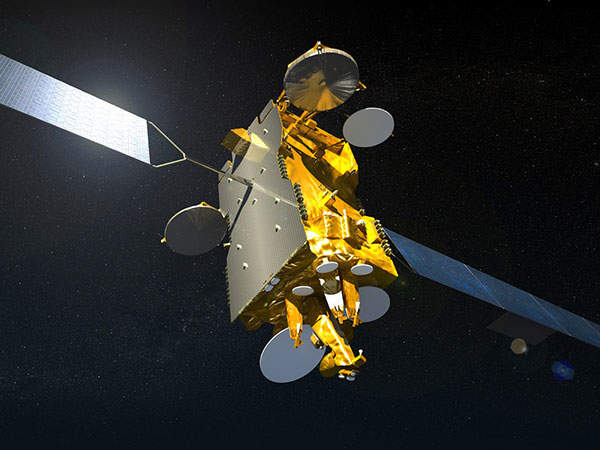 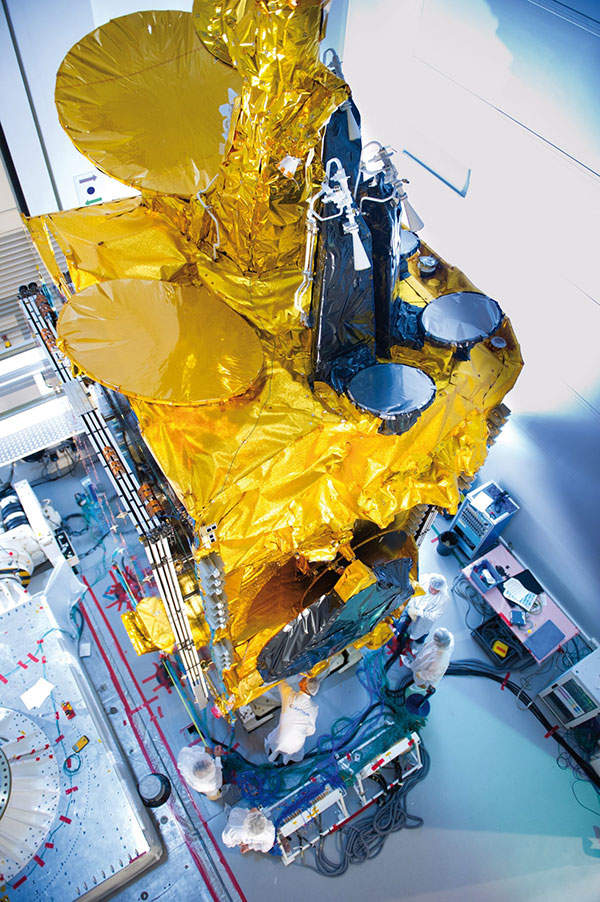 The satellite was built on the Eurostar E3000 platform which was designed by Astrium. Image courtesy of Astrium. 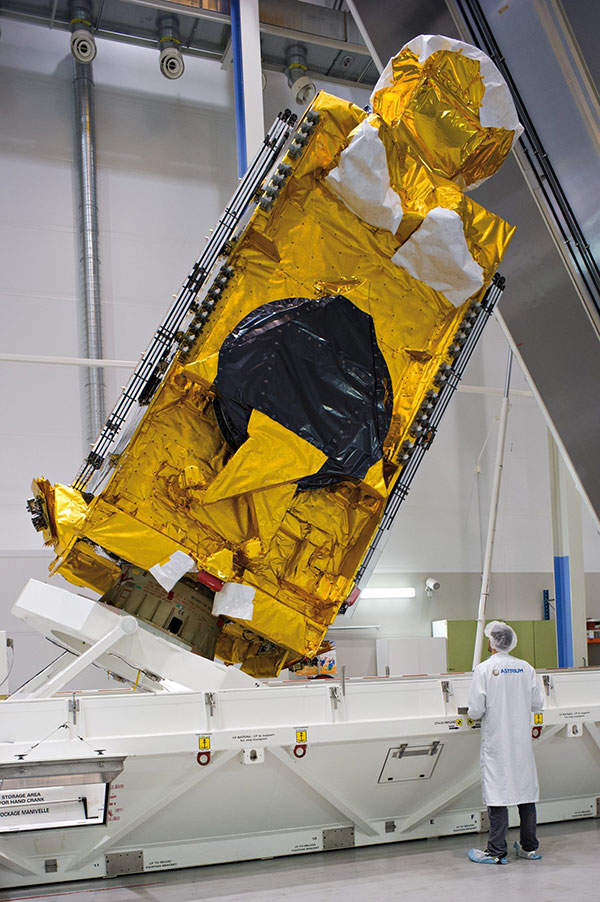 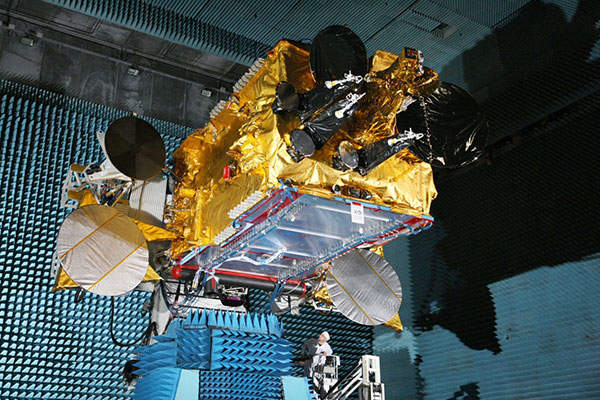 The Y1B provides Ka-band communications to both government and commercial users across the Middle East, Africa and south-west Asia. Image courtesy of D. Eskenazi / Astrium. 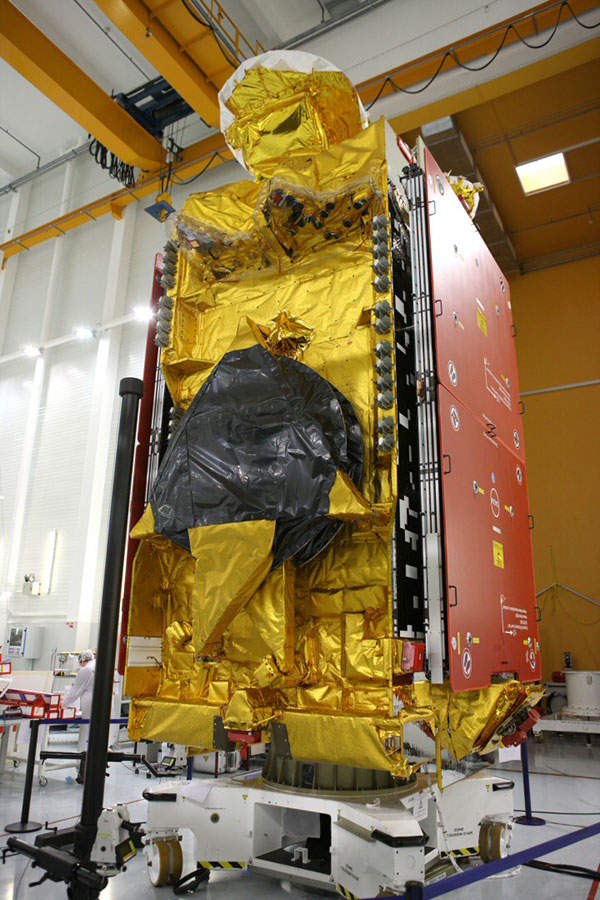 The satellite has a launch mass of 6,000kg and a spacecraft power of 14kW. Image courtesy of D. Marques / Astrium. 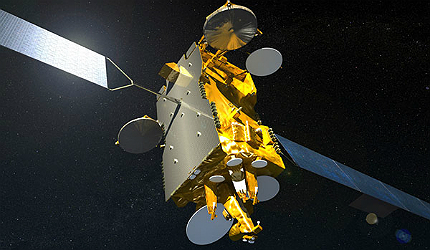 Yahsat Y1B is a communication satellite which provides improved connectivity to Middle Eastern, African and south-west Asian regions, with both government and commercial applications. It was designed and built by Astrium, a European space company, along with Thales Alenia Space for Al Yah Satellite Communications (Yahsat).

It was launched into geosynchronous Earth orbit in April 2012 on International Launch Services’ (ILS) Proton Breeze M launch vehicle from the Baikonur Cosmodrome in Kazakhstan.

On 24 April 2012, the satellite was successfully placed in the geostationary orbit and on 29 April 2012 its solar panels and four antenna reflectors were deployed. The satellite began operations in May 2012.

Development of the Y1A and Y1B satellites

In August 2007 Al Yah Satellite Communications Company (Yahsat), a subsidiary of Mubadala Development, awarded a $1.66bn contract to manufacture dual satellite communications system to a consortium consisting of EADS Astrium and Thales Alenia Space. The development was part of the Space Communications Program of the UAE.

Yahsat Y1B is the second of the two satellites. Yahsat Y1A, the first satellite, was successfully launched in April 2011 and was placed at an orbital position of 52.5°E. Y1B was placed at the orbital location of 47.5 degrees east of the UAE. The satellite has a lifespan of 15 years.

Use of Astrium’s Eurostar E3000 platform

"It was designed and built by Astrium, a European space company, along with Thales Alenia Space for Yahsat."

The Y1B was built on the Eurostar E3000 platform which was designed by Astrium. The same platform was used to build the predecessor satellite, Y1A.

Eurostar E3000 accommodates more than 100 transponders, payload power which ranges between 4kW and 14 kW and a large number of antennas. The satellite has a launch mass of 6,000kg and a spacecraft power of 14kW.

Capabilities of the communication satellite

Y1B satellite provides Ka-band communications to both government and commercial users across the Middle East, Africa and south-west Asia. It is equipped with Ka-band multispot beam technology. It offers innovative commercial solutions, such as HDTV broadcasting, internet services for public and private users, corporate data networks and internet trunking via satellite.

Y1B lifted off from Pad 39 on a five-burn ILS Proton Breeze M vehicle at the Baikonur Cosmodrome, in Kazakhstan. The launch vehicle was developed and built by the Khrunichev Research and Production Space Centre of Moscow.

They are built across an area of 15,000 square metres and include administrative and technical buildings, as well as supporting infrastructure.

In July 2008 Clarke Bond, a UK based company, was appointed as the project manager to deliver the two ground satellite tracking stations.

"The Y1B was built on the Eurostar E3000 platform which was designed by Astrium."

The scope of the contract also includes delivering complete operational support system and back office support system (OSS/BSS) solutions for the YahClick service.

In March 2012, Boeing was awarded with a contract to design and build Ka-band phased-array SATCOM antenna system for the Y1B satellite.